Preparing the dacha for the winter 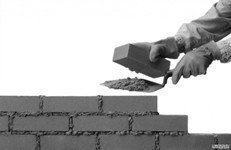 There is no particular difference if you come to your country house on weekends in winter or do not go to the cottage at all while there is snow on the street, anyway, before the onset of frosts, the house and the plot should be prepared for wintering. Get rid of water

An obligatory part of preparing the dacha for wintering is draining all liquids that can freeze. It is important not to miss any container, any device or device, somehow connected with water. Unfortunately, sometimes the water can hide from the eyes of even the most attentive homeowners. In order not to face the spoiled, because of the frozen water in it, in spring, let's see where the water can freeze in a house that is not heated in winter.

Related article: Building a house in the winter: the advantages and disadvantages

First of all, it is necessary to cut off the water supply and drain the water from all pipes, up to the source of water supply (well, well, central water pipe). To ensure that the water in the pipes is not left, they are blown through a compressor, a car pump or a vacuum cleaner. Particular attention should be paid to the metal ball valves on the water pipe, which should be left in a half-open (at 45 degrees) position, otherwise they may be ruptured by water remaining in the special cavity of the ball chamber.

Next, you need to make sure that there are no cans and bottles with freezing liquids left in the house. Water-based paints, pickles, wines, milk, too, freeze, although at a temperature lower than pure water. At summer cottages, frequented by winter on weekends, beer, soup in a pot or milk in a jar are often forgotten in a working refrigerator. Under normal conditions, nothing will happen to them, because thanks to the temperature sensor the refrigerator stops cooling, reaching a temperature of about two to four degrees of heat. But, unfortunately, the refrigerator does not know how to warm the food, so if the temperature drops below zero in the house, then everything in the refrigerator will also freeze.

Water constipation is mandatory for all devices connected to the sewage system. That is, in the knee of the toilet, siphons of shells, baths and showers. But the water from them is simply not allowed to be removed, because a bad smell from the sewage system will enter the room. Typical solutions are the replacement of water in water locks with a concentrated solution of common salt or non-freezing liquid, for example, automotive non-frost-free glass. An alternative option - pumping out the liquid (you can do it with a large enema), then closing the holes with stoppers, and the toilet - crumpled newspaper in a plastic bag. Of course, from the toilet bowl, water must also be drained.

Surprisingly enough, about a liter of water remains in washing machines and dishwashers, which must also be drained by unscrewing the filter or a special drainage pipe.

It is dangerous to forget to completely drain the water from the water heaters, especially in a number of storage models, even after the water stops flowing from the sink, it can remain up to several liters. In the heat exchangers of flow models, there may also be enough water to damage them.

Water remains in the flasks of the water filters. It can be drained from there only after the flasks are disconnected from the filter.

In the risk zone there is also a pumping station. Disconnect the hoses and turn the station to drain residual water from the pump and the diaphragm tank.

Instead of draining water from the car's mini-car wash, it may be advisable to replace the liquid inside the sink with antifreeze, for which it is enough to lower the supply hose of the mini-sink into the tank with antifreeze and turn it on until an antifreeze .

Outside the house, do not forget to drain the water from absolutely all the tanks, including barrels for collecting water, hoses, buckets, watering cans and tanks for the summer shower.

In the absence of ventilation in a hermetically closed house for the winter, humidity rises and conditions for condensation on walls, furniture and household items are created. Since a full-fledged ventilation system in the house can not be done quickly, it is necessary to facilitate the implementation of air exchange in the house whenever possible. In most homes there are enough leaks and slits for airflow, and the problem with the organization of ventilation is to organize an effective hood. Help in this regard can, in particular, left an open chimney valve, a loosely-closed hatch in the attic and, of course, a vent in the bathroom. In this case, interior doors should be left open, so that the air is easier to move around the house.

In various situations, snow can save many of the plants from freezing and prevent deep freezing of the earth, and, accumulating in large volumes, break off branches of trees and collapse the roofs of various structures.

Strange as it may seem, snow protects the ground quite well against freezing, and where it lies on a sufficient scale, the ground will freeze just a couple of centimeters. In places where there is no snow, the depth of freezing by the end of winter reaches a meter or more. To less frosted beds, as well as for easy removal of thawed waters in the spring, dug up in the fall of the earth is not leveled. This leads to the detention of snow in the beds and its accumulation in large volumes.Non-frosty perennial flowers and spicy herbs are cut off and additionally protected by spruce or special non-woven covering materials, thanks to which a wind-protected air layer forms above the plants, smoothing out the temperature drops, but not interfering with moisture evaporate. Dry foliage for these purposes should be used with caution, since it may be wintered by pests. Snow can also be used to protect the soil from freezing in closed greenhouses, where it, however, will have to be moved manually.

But the snow can make mischief. If the greenhouse is closed with a removable film, it must be removed for the winter, as the film becomes fragile in the frost, and even a slight sagging on the frame of the greenhouse will lead to a large accumulation of snow. The snow that has been melted and melted during thaws has a large weight, on which neither the frame of the greenhouse, nor the film itself can be calculated. Modern greenhouses, covered with polycarbonate, can be produced in a lightweight version, not designed for a significant snow load. If the polycarbonate surface is clean, snow should not accumulate on it, but will slide under its own weight. In order to avoid the formation of frost due to the temperature difference on the polycarbonate, which will prevent snow from slipping, the windows of the greenhouse should be fixed in the open state until the end of frost. In addition, you can make vertical supports for the vault of the greenhouse, which will increase its strength many times. Supports should be installed on a solid foundation so that they do not sink into the ground.

Preparation for winter of trees and shrubs

Most trees and shrubs easily experience frosts without any help from people. Another thing is that, in addition to the cold, trees may need protection and against hares, which in the winter dare to come close to human habitation and especially love to bite the bark of apple trees and plums in a circle, which leads to the death of these trees. Feeding, the hare stands on its hind legs and thanks to a layer of snow it can gnaw the bark at a height of more than a meter, so the trunk will have to be protected to a height of 130-150 centimeters. The simplest is the trimming of tree trunks, which prevents hares from enjoying the taste of the bark. However, in particularly hungry winters this may not be enough, and it will be necessary to resort to mechanical types of protection. Especially valuable trees can be protected by a wire mesh cage, a more budgetary option is wrapping the trunk with bags of polypropylene fabric or even nylon pantyhose.

Thermophilic species of garden trees and shrubs will need to be protected from frost. Peat and mulch can be used to protect the root system directly from the trunk. The trunk can be wound with burlap. Shrub roses should be covered with lapnika.

Also, before winter, it is necessary to prune dry, sick, weak and disturbing branches.

Cooking for the winter lawn

The main thing in preparing for a winter lawn is his haircut to a height of about seven centimeters. Cut grass before the frost, because the grass must be in time to recover. Also, remove fallen leaves. Modern mowers with storage containers for chamfered grass allow you to do both these operations simultaneously, as together with the mown grass suck in themselves and fallen leaves.

Despite the fact that the snow will begin to melt abundantly only in the spring, preparation for diversion from the meltwater must be carried out in the fall, since in winter everything will freeze and be covered with snow. These measures are reduced to the deepening and cleaning of drainage ditches from foliage and other debris, as well as to checking for blockage of drainage pipes.

Garden tools for the winter should be cleared of any kind of dirt; metal parts are greased. In vehicles equipped with internal combustion engines, fuel must be drained from gasoline tanks, especially for two-stroke engines, which use a mixture of gasoline and oil: it eventually loses its properties. It is advisable to check the condition of the spark plug, fuel and air filters, as well as electricians.

The house is not recommended to leave anything edible, because food, even hidden in metal or glass containers, still attracts rodents with its odor. If in your house mice will have nothing to eat, they are unlikely to stay in it for a long time. Leave a mousetrap or bait with poison in a house that is closed for the whole winter, you can not, because the smell, even from one dead rat, will soak through the whole house. Dead mice almost do not smell, but few people will be tempted by the prospect of finding their corpses during the next summer in the most unexpected places.

Leaving your home for the whole winter or even for a weekend, it is better to turn off all electricity in the house and cut off the gas. Naturally, we need to think about protecting the house from thieves, but this is already a topic for a separate article.
www.zagorodna.com

Subscribe to our newsletter
Back to top
Your comments:
Your opinion will be the first. Thank you for reading this article. I wish you happiness! Please share your opinion in the comment below.
10 golden rules of insulation at home, you need to know

more
What if the door slammed shut?

more
How to safely celebrate the New Year at home?

more
What is better to build a house?