Apartment Flood: What to do if you flood the neighbors 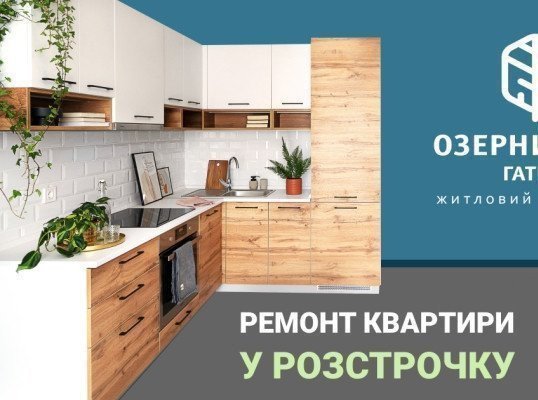 A local version of the flood may occur in a single apartment in a wide variety of reasons, but the basic problems of communication bring any worn, defective plumbing and banal forgetfulness turn off the water in the bathtub. And good neighbors are already pounding on your door demanding an immediate end to this mess and see what has become their new renovation. This material will show you how to correctly identify the true culprit flood, minimize the impact of Gulf neighbors, to assess the damage and "decide on the spot".

In search of the guilty

tenants, from which there was a gulf neighbors, not necessarily the true culprits. Fault occurs only if the citizens residing in the apartment, either intentionally or negligently caused a flood, or, conversely, inactive, and that was the reason for the Gulf.

If the "flood" was the result of breakage of pipes, hoses or other equipment, because of manufacturing defects or normal wear and tear, the residents do not always have to bear liability for harm to neighbors. The fact that the normal duties of replacing this equipment lie with the owner of the housing stock (Landlord) or the management company and registered in the contract to manage the home.

If the owner of the "upper" apartment sure that in the Bay guilty third parties to agree to a voluntary payment of damages is not necessary, but proof of his innocence will be prepared. The first step is to invite experts to give an opinion on the causes breakage of the source of the bay and indicate who should be responsible for breakage. The presence of defects in pipes, valves and couplings installed experts on the equipment.

A copy of the expert report must be presented to the victims, the neighbors appealed to the court directly to the perpetrators of the bay, but not to the neighbor from upstairs. Residents, from whose apartment was leaked, in any case will be brought to participate in the trial, but not as a defendant, but as a third party.

Flood survivors citizens can refuse to take note of the expert opinion of the innocence of a neighbor from the upper apartment and bring it to the case as a defendant. Then the defendant must be in a flood during the trial to state a written application to the exclusion of a defendant and transfer to a third party. The application must be attached Opinion.

Innocence in sinking - it's fine, but after a series of actions Gulf neighbors still need to be taken. For example, do not hurt to visit the victims, so to begin to assess possible damage to the eye and to establish a constructive dialogue. Usually affected by the Gulf immediately cause employees DEZov, ZhEKov, members of boards of HBC or management companies, as well as other persons, depending on the way home management. These specialists are authorized to draw up a report on the state of emergency in which the record size and causes of the damage.

On examination and preparation of potential perpetrators of the act of flooding as a direct party to the incident, which subsequently may have to compensate for the damage to follow closely, as drawn up so as not to have to pay for more damage than a place to be.

The instrument must sign the service organization representative, the victim and alleged perpetrator of a tenant flood. In the act is necessary to enter all the important facts of the case to the parties, as well as clarifying the nuances. This document is recommended that all participants sign the incident, as it shows not the guilt of specific individuals but the extent of damages.

However, the signing of the act should be delayed if a a party decides to resort to obtaining an objective expert opinion regarding the size of the cost of damages. In this case, the appraiser will call and check in the joint presence of the correct reflection of the expert damages.

In accordance with the law of the subjects are members of the evaluation of self-regulating organizations of appraisers has insured its liability. The evaluator may work independently in private practice, or under an employment contract with a legal entity. In the latter case, the entity must meet the conditions laid down by the same law "On appraisal activities".

When choosing a person who will assess the damage caused to the Gulf, you should check:

- the availability of special education (document on higher education, or on additional professional education, or the end of the retraining programs in the field assessment activities);

- a certificate of membership in a self-regulating organization of appraisers;

- the presence of an extract from the register of self-regulatory organization of appraisers.

It is advisable to find out exactly how the judge is going to assess the damage - for any tariffs, prices and options. Determine the competence of the appraiser can on common issues. The expert should clearly know how to perform calculations of damages for which prices are based, as to take into account "depreciation costs" associated with damage to property not new, as well as other logical and understandable for every nuance.

In practice, were precedents when the representatives of expert organizations refer to the method of calculation has the eighties of last century, and the amount of damages is to be counted one hundred times less than the actual. Of course, such calculations will testify in favor of a potential perpetrator of the flood, but the injured party to them will never agree. As a result, money and time will be wasted. Therefore, the illiterate appraiser is better to change.

If the neighbor is above did not deny that the flood occurred through his fault (for example, forgot to turn off the water), then the parties after damage assessment can sign an agreement on voluntary compensation of damages. It should be noted that trials with enforcement proceedings last for years. So to blame the incident may well ask installment payment of compensation, not forgetting to be reflected in the agreement and stating that the costs of, for example, will be reimbursed certain amounts on certain dates. Victims also understand the complexity of the litigation, so they usually want to get anything without going through the judicial red tape.

But even if the parties reached a compromise, the money should be transferred only with the well-decorated documentary evidence. This should be a written agreement where the parties describe the damage or be referenced to a previously compiled by the act, which will be annexed to that agreement. Also in the agreement recorded the transfer of money, and indicate that the amount transferred to suit hand size and the costs incurred by it in the estimated amount of transferred amounts. The agreement should also reflect that the claims of the parties to each other are not.

Of course, that the document was legal, to sign him to authorized persons. On the part of victims - it's owner if the apartment is in property, or a registered person, if the municipal apartment. If the owners of a few or in a council flat were few people, it is desirable that they also wrote that agree with the content of the agreement and reflected in the conditions therein.

Of insurance and leasing risks

In theory, a citizen can insure almost everything, including the risk of injury through the Gulf of third parties. In this case, it is the insurance company will be the responsible person in front of the affected neighbors, including as a defendant in court, and the insurer will go third party on the case.

However, in practice, citizens usually are insured by the bay and cause damage is his property, and not someone else's. Insurance is another's property is exceptional. The fact that insurance companies will not take risks if they do not know what property and what the price is in your neighborhood. To clarify the information officer of the insurance company must meet with the tenants of the lower apartments, but few would agree to let in their homes by unauthorized persons. Therefore, not every insurance company agrees to take such risks.

Difficulties with insurance the most annoying to owners of rental apartments - if the contract is not formed with the tenants at all, then respond to the victims neighbors have the most to the owner (the employer, if apartment in the social rented) premises. In practice, such a landlord would be extremely difficult to assign responsibility to their tenants as well as written evidence in this case it did not have, and to evidence the court is in doubt.

To resolve this problem, the owner must enter into a formal agreement lease and put the responsibility of tenants in the event of their damage in the Gulf neighbors. If the contract specified that these obligations of employers, the law allows them to attract to damages.

Subscribe to our newsletter
Back to top
Your comments:
Your opinion will be the first. Thank you for reading this article. I wish you happiness! Please share your opinion in the comment below.
Renovation: learning from others' mistakes

more
Repair in new - from start to finish

more
How much can do repairs in new?

more
How to make repairs in the apartment, without the high cost