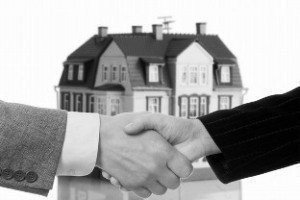 During the boom in the construction market in Ireland, developers were building large scale expensive objects that are now in a crisis of the local economy, simply empty.

A striking example of such a construction is a gated development of St James Woods in the town of Stradbally, which includes 15 cottages, thatched. Currently, they are all empty, writes The Daily Mail.

Related article: Want a house in Finland? Then you are in a gated development Juvan Keisar

Perhaps the cause of their high costs requested - 820 000 Euros each. Some experts in this case argue that their "wonderful price" really is not more than 200 000 euros.

Now the lawn in front of these idyllic country houses are overgrown with weeds, grass withered, and vandals have broken railings and fences in the gardens behind the buildings.


Some residents of Stradbally offer the simplest solution - to demolish the cottages. However, their developer, thinks differently and is going to hire workers who will lead the village in the divine form, and then will do discounts on their sites.

Reference
According to the study of large real estate portal Global Property Guide, in the first quarter of 2011 average house prices in Ireland were 13.1% lower than in the corresponding period of 2010. Relatively IV quarter of 2010 residential real estate in Ireland fell by more than 4% (in the capital Dublin decline over this period was also 4%).

In 2011, the central bank expects the country's decline in prices for commercial property in Ireland to 2.5% (at best), and at worst, if the economy continues to fall by 22%.

Subscribe to our newsletter
Back to top
Your comments:
Your opinion will be the first. Thank you for reading this article. I wish you happiness! Please share your opinion in the comment below.
In Greece, the Russians built the village of «Barvikha»

more
Want a house in Finland? Then you are in a gated development Juvan Keisar

more
In Georgia, the build luxury town worth $ 500 million