On November 6, 2017, the Verkhovna Rada of Ukraine adopted in the first reading a bill number 6403 on amendments to the Law of Ukraine "On Regulation of Urban Development", which proposes to introduce a new comprehensive document in spatial planning - the plan of the united territorial community. The decision was supported by 257 deputies. This was announced by Deputy Minister of Regional Development, Construction and Housing and Communal Services Lev Partskhaladze on his Facebook page.
"Today deputies voted in the first reading for the important for the development of Ukrainian communities bill number 6403. It is developed in the interests of the united communities and aims at increasing the efficiency of their functioning and development, laying the foundations for a new standard of living of the population. It will give impetus to the implementation of socially significant projects of regional development in the communities, because it changes the approach to the development of urban planning documentation - introduces a new type of documentation on spatial planning - the plan of the united territorial community. I am grateful to the deputies for supporting these changes and I hope that they will be supported in the second reading, "he said.
According to Partskhaladze, the development of a single document - a plan for a united territorial community instead of several (community planning schemes, general plans of settlements) will significantly simplify the process of urban planning and reduce the financial burden on the budgets of OTG.

Related article: Notaries will be included in all real estate transactions 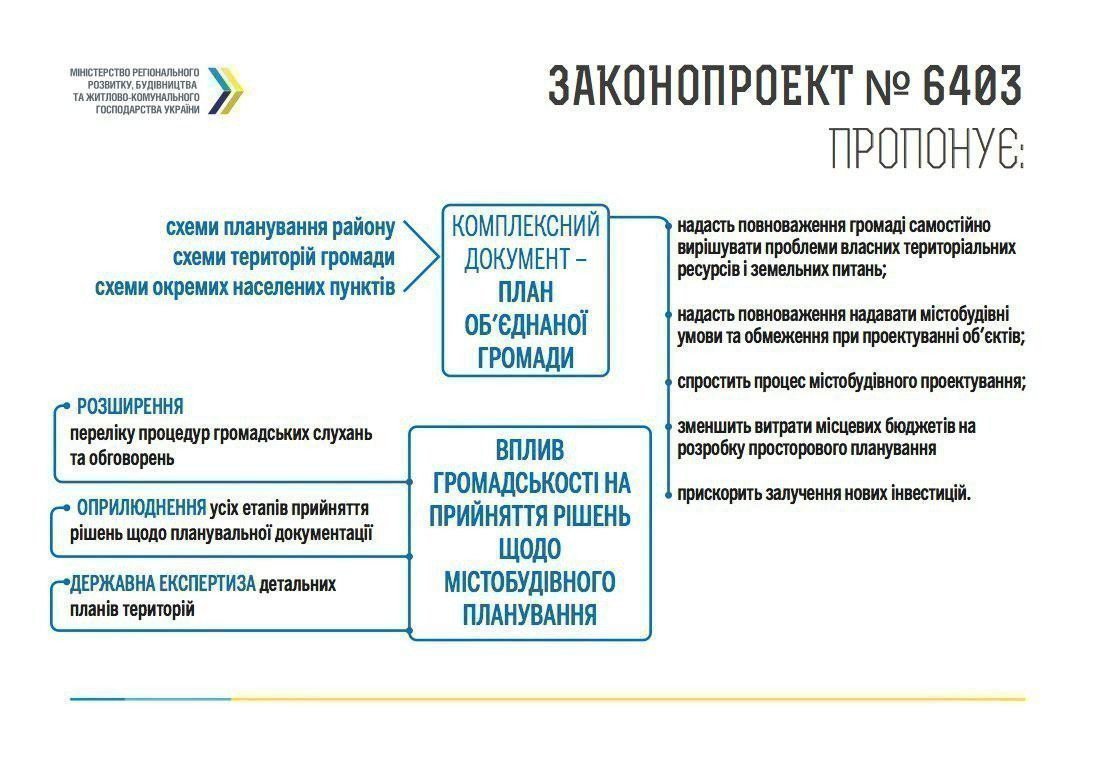 Subscribe to our newsletter
Back to top
Your comments:
Your opinion will be the first. Thank you for reading this article. I wish you happiness! Please share your opinion in the comment below.
Groisman proposes to update the norms for the construction of high-rise buildings

more
Developers are waiting for high fines and people's control