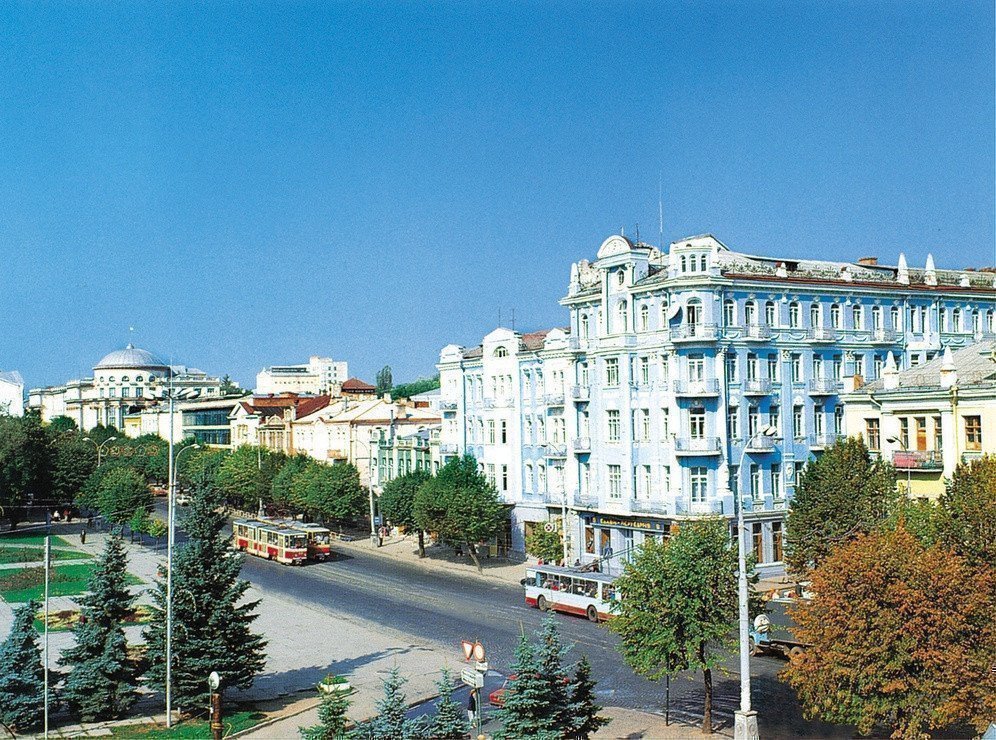 Vinnitskie realtors argue that the cost of one-bedroom apartments grew by 5-7 thousand dollars, "dvushek" - up to ten. Overall apartment demand is not particularly enjoy, and the price remained the same, wrote 20 minutes.


Every day, the sellers of housing all the more boldly say that the real estate market has almost reached the bottom of the price.

Factors that could cause a revival, a few: NBU lifted the moratorium on the early repayment of deposits, so buyers should receive more money, with world markets received news of stabilization.

The news of the moratorium on the issuance of deposit accounts was encouraged operators of real estate market. Their joy is understandable: if the banks begin to return the money, people will them somewhere to invest. Most Ukrainians are still the most "correct" investment is considered a purchase of housing. Especially now, when property prices fell. The only thing that might deter such a step - a fear that prices will continue to march down. A reason to expect a further price reduction is, despite the assurances of realtors that the market stabilized. The buyer prefers to wait, and his strategy is often successful - prices are gradually declining, sellers, though not always willingly, but make additional discounts.

Another encouraging sign was the strengthening of the national currency. Some "enterprising" home-owners a little, but raised the price of the proposal, which of course had an effect on the overall statistics.

Local positive factors coincided with good news from foreign real estate markets. In particular, according to agency Associated Press (with reference to the National Association of stewards USA), U.S. real estate market is already almost reached its bottom. " After three years of decline "in the near future there are signs of" stabilization of the market. Despite the sleek, optimism, falling prices in the United States is still ongoing. According to the report Office of Federal Housing Enterprise Oversight, home prices continue to decline. Analysts Northern Trust Corporations consider the situation in the U.S. housing market depressing. They say that many debtors are living in homes that are no longer worth as much as may be asked for their creditors.

Since the beginning of secondary housing crisis in Ukraine has fallen in price almost doubled. But in recent months in Vinnitsa trend raising the cost of housing. Thus, according to the director of the Academy of Sciences "Tristan" Sergei LABUNSKIY usually more expensive small-sized housing. That is, one and two-bedroom apartments. While "treSka" stick to the price, "edinichki and dvushki" risen by an average of 5-10 thousand conventional units.

- This growth came in connection with the change rate and the issuance of deposits - said the expert. - People receiving money, try them in something to invest - invest, such intrementom, traditionally, is real estate. Everyone understands that the crisis - a matter of time and after a few years the price will go up again.

But bankers have a different opinion. According to manager Vinnitsa branch of OTP Bank Bogdan Ropotilova, real estate in today's terms - a rather risky investment.

- Invest in something has to be on the rise, and now real estate is falling, prices in the ads are sometimes different from the real-selling twice - says the banker. - In general, this is very difficult to determine the real cost of housing.

However, the revitalization of the market is reflected not only in Vinnitsa.

Rejoice revitalize the market and Dnepropetrovsk realtors. According to the president of group of companies "Master" Margaret Uritsky, the demand for housing intensified, although the proposal, as always, dominates the demand. Realtors say that most in demand in Dnepropetrovsk apartments improved design in homes built after the 90-ies, in areas with good infrastructure and transport interchange. Customers interested in housing or in a state of "Come and live", or the most inexpensive - under repair. Average cost of one-bedroom apartment is $ 20-50 thousand

But Odessa "Resale" from the beginning of the year lost in the price of 30-50%. Buy a one-room apartment in the city can be, having in his pocket from $ 20 thousand but buyers expect further price reductions. It is projected that housing prices in Odessa can prosest another 10-15%.

Constant fluctuation in prices for secondary housing in Lvov, then upward, the opposite seems to have stopped. Analysts talk of market stabilization. Now the average cost of housing is $ 1000 for a 1 m square.

Speaking of falling house prices, we should not forget that the reduction relates only to the dollar price. If we translate the cost of housing in the hryvnia, even at the rate of the NBU, the apartment is unlikely to seem very cheap. Apartment for $ 30 thousand in UAH equivalent worth nearly 230 thousand on last year's rate of $ 1 = 5.05 UAH is 151 500 UAH. However, the summer of 2008, housing for $ 30 thousand in Kiev was not. "Edinichka" in the capital cost at least $ 75 thousand, or nearly 380 thousand UAH.
https://www.mobus.com/

Subscribe to our newsletter
Back to top
Your comments:
Your opinion will be the first. Thank you for reading this article. I wish you happiness! Please share your opinion in the comment below.
The most common type of fraud - selling homes and land on a fake power of attorney
more
Forest, river, silence - the main condition for the choice of cottage townships
more
Major improvements to help sell a house
more
Construction of cottage start with the general plan
more
20 reasons of failure of cottage settlements
more
Sign
Registration   Forgot password