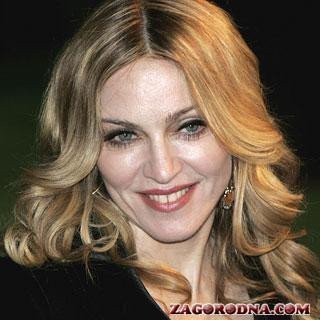 The singer decided to become closer to God and not think of anything better than to heat a 10-room house in the capital of Britain has just blessed Kabbalah water.<br /><br />Madonna believes that this action will bring her only happiness. I would be her will, she would have running water and tucked the holy water ", - said one of those close to the singer.<br /><br />Recently, the maid Madonna suffered a nervous breakdown, because a visit to the star looked emergency service, to eliminate the extraordinary damage. But the singer has banned me to break down valve in his home. Plumbing it took an hour to persuade the maid.<br /><br />In the end, workers gave up and allowed to pour the holy water in a steel bucket, watching closely to repair team did not shed a single drop of Kabbalah fluid.<br /><br />Recall, Madonna came to the Jewish religious and philosophical teachings of Kabbalah in 1997. Since the star is a red bracelet on his arm - a symbol of this doctrine - and even had a Jewish name Esther, wrote "Komsomolskaya Pravda".<br /><a href="https://www.zagorodna.com">www.zagorodna.com</a><br />
Content tags: celebrity real estate
Did you like the material?