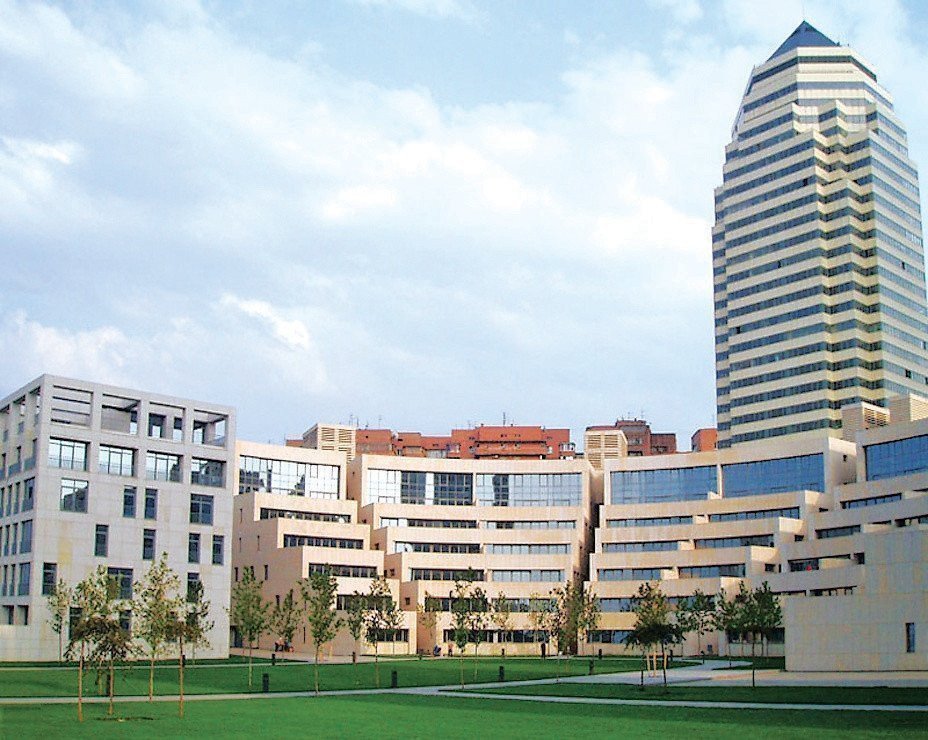 Today, markets for land and cottage building on the outskirts of cities over one million people are in the active phase formation and, with the exception of Kiev and Odessa, has not yet systematized.
At the same time, you can select the specific features of a given area. Dnipropetrovs’k suburb develops thanks to considerable financial potential of the region, and the interest of buyers spur high cost of city apartments.

Dnipropetrovs’k land increases in price for seven or eight years, and considerable interest in acquiring the suburban real estate manifested itself in 2004. At the same time construction began on the first and the largest in the area at that time in Ukraine the cottage settlement "Golden Keys". (Today, he ranks second in magnitude after the town "Olimpik-Park» near Kiev).

"Golden Keys" are located on a plot of 210 hectares in close proximity to the northern border of Dnepropetrovsk International Construction Company (MSC) "Ukraine-Canada” plans to build villas here around 1000, as well as multi-storey residential buildings and commercial facilities. Size outdoors sites ranged from 4 to 15 hectare and the cost of ready-detached houses, depending on the technology and its proximity to a large lake, which will soon appear in the "Golden Key" - from $ 1440/sq. m.
According to Vyacheslav Bragin, Director General of MSC "Ukraine-Canada”, in operation already introduced 120 low-rise buildings, 40 - prepared to surrender, and even 156 - are at various stages of completion. In the town provides for the social and commercial infrastructure of all-weather 5 age categories, transportation infrastructure, recreation areas and its own operational service.

The second town Pridneprovya "Blue Lakes" erects Company Ekomarket Plus "in the village Elizovetovka (25 km from Dnipropetrovsk). On the territory of 70 hectares in the next two years plans to build 500 residential units. Among them - townhouses and detached villas ranging from 200 to 370 sq. m, located on the 4.9 hectare, as well as several multiflats homes.

According to Alexander Ryzhkov, deputy director for construction company Ekomarket Plus, 16 cottages already in operation, 30 - are preparing for delivery in January and about 100 - are under construction. Today finished house here can be purchased for $ 600 per square. m, and cottages, which have not yet put into operation - at ? 450-500 per square.

Infrastructure "Blue lake" includes kindergartens, schools, shopping malls, town hall, fire department. In addition, several cottages on the sites will have a non-residential premises (20-100 square. M) to conduct their own business, which complement the small town of essential infrastructure services. On the territory of the town is popular among residents of Dnipropetrovsk Blue Lake, where in future there will be a pier and a sports complex.

According to data from public sources, in a suburb of Dnipropetrovsk in the area of 17 ha in the village of Orel launched another small town - "Shishkino. It announced the construction of townhouses (80-150 sq. M) and isolated cottages on the larger plots 13-30 hectare (260-450 square. M), the cost per square meter in which ranges from $ 1200. In town, situated on the banks of Samara, projected a total of 52 houses and infrastructure elements - mini market and sporkompleks, as well as the park area.

According to market participants, in the coming years in the region is expected to build several large cottage communities. All of them are on the stages of design or conceptual elaborations, and information about them is not disclosed. In addition, in the immediate suburbs Kirovskoye, gerbil and Novoaleksandrovka may soon receive a small complex of 11-12 elite cottages organized protection, but without the infrastructure.

With regard to the individual building, today the most popular format in the suburbs - a 2-storey (or 1-storey with attic) house of 120 to 200 square meters , located on the site from 6 to 15 hectare. Customers choose expensive and easy-to-use materials, and buying the finished cottage pay attention to the privatization of land under it.

River Dnieper and its major tributary Samara divided city and the region into three parts, a suburb of Dnipropetrovs’k dotted with rivers and lakes. The abundance of water makes in their own homes especially attractive. At the same time, the most prized forest zone, since the region is dominated by steppe.

The most popular in terms of purchasing a cottage or plot for the construction of the northern suburbs (the left bank of the Dnieper). Primarily, this village Kirovske (Obukhovka), adjacent to the Dnieper-Orelskim reserve. With good transport links and relatively developed infrastructure, enjoy strong demand as Peschanka, Podgorodneye and Jubilee.

According to Sergei LOGUTENKO, Director General of Bureau of Real Estate "LOGUTENKO & Partners, Ground Plot of land within the settlements left bank is on average from $ 5 thousand to $ 7 thousand Here you can also buy cottage plot $ 3-5 thousand sq.m..
According to the company "Infoservice", individual low-rise buildings in Obukhovka is already several years, and today in the village has been some shortage of vacant lots.

Told Alex Kleschuk, Head of Development Academy of Expert-Service ", popular as the southern suburbs of Dnepropetrovsk (right bank of the Dnieper), such as Novoaleksandrovka, Bratsk, experienced and Dneprovo (Yamburg). Land prices in these towns have the same order as on the Left Bank, but because of the proximity to downtown (15 miles) the best sites can be more expensive - over $ 10 thousand

According to Sergei LOGUTENKO, are in demand and more remote areas of Dniepropetrovsk region. For example, 60 km in the Kiev area in Mogilev for $ 25 - $ 50 thousand you can buy a plot (with the house up to 100 squares - free land is small) area of 25 hectare. Mogilev and its suburbs are considered the most environmentally friendly in the area.

On the other hand, industrial areas (such as the right bank of Dneprodzerzhinsk, Verkhnodniprovsk), as well as the territory for 100-killometrovym zone of special interest to buyers not represented.

According to the company SV Development, the average increase in land value under the Dnepropetrovsk for the year was 60%. Sergei LOGUTENKO notes that within six months from the autumn of last year, prices almost "standing", but with increased demand in the spring of 2007 plots risen an average of one and a half, and in some places - and 2-fold.

At the same time, experts agree that the maximum jump in prices was in 2005-2006. Only from spring to autumn of last year growth was at least 70%. The company "Infoservice" told that it was in 2006 in the proposals for the sale of land were mostly not specify the cost of the entire plot, and the price per hundred square meters. For example, in the beginning of the 10 hectare in Podgorodneye could be purchased for $ 1000 - $ 2000, but in the end - already at $ 1000 per sq.m..

Demand and price of land (and suburban real estate in general) is determined by several factors. As noted by Sergei LOGUTENKO, Dnepropetrovsk - a powerful industrial center with large financial resources and property, as is known, is one of the most reliable sites for their investments.

Interest in the suburb of spurring rising house prices in the Dnipropetrovsk. The average 2-bedroom "Khrushev" in the central areas is $ 100 thousand, and in remote - $ 60 thousand in the same time, land in the city center costs about $ 70 thousand, and in the suburbs - $ 20 thousand sq.m.. According to Sergei LOGUTENKO, only 2 months of apartment prices increased by 3% -10%. Some of the factors of such dynamics - a significant sum, which appeared on the market after compensation for victims of the explosion at the house Pobeda, and an increase in the number of operations on purchase and sale of apartments in general.

According to market participants, the demand has influenced and launching bank lending programs for the acquisition of land. In the spring of this year, such loans in Dnipropetrovsk began issuing OTP Bank, «Raiffeisen Bank Aval," TAS-Commerzbank and others. In addition, Ukraine has increased the proportion of all speculation in land - according to SV Development, today it is more than 50%.

Alex Kleschuk notes that the movement for city incentives and other factors: the problems of housing and communal economy, inflation, the prospect of more expensive natural gas, which would entail a rise in the cost of building materials and, therefore, the spiral in housing prices. People "run" from the urban problems with heating, hot water, garbage removal, polluted air. At the same time to live in their own homes today are not only comfortable, but fashionable and prestigious.