Date of formation - February 27, 1932
Geography: The northern border of Vinnytsia and Turkey in the east - with Nicholas areas in the west - from Moldova to the southwest - part of the state border between Ukraine and Romania. Area - 33.3 thousand km in April. (5.5% in Ukraine). In the region - 26 districts, 17 cities, including 5 regional subordination, 33 urban settlements and 1140 villages.
Population: strength of the existing population of the region is 2491.6 tys.osib.
Foreign economic activity. Investment: For 2007. in regional economic development entities had invested 12.8 billion. capital investments. The most part of them (81.8% of total) made the investment in fixed capital (capital construction and acquisition of machinery and equipment).
The share of capital investment, explored the state budget, zmenshylasya to 0.3 pp and was 5.7%. Share capital, explored through bank loans and other loans increased to 19.1%. The share of foreign investment decreased by 1.6 pp and was 2.2%. Increased by 1.8 pp share of domestic investment companies that in 2007. was 2.2%.
The land market and real estate: Since the beginning of the year in the Odessa region sold 18 land plots with total area of 20.72 hectares worth 13.20 million USD. Of these, 11 plots of land which are real estate area of 19.09 hectares worth 8.25 million USD. 5 free up land for the construction of real estate sold at auction the land area of 1.47 hectares on the amount of 4.92 mln., 2 right to lease the land area of 0.16 hectares on the amount of 30.0 thousand . UAH.
In the first quarter of sold 33 plots of state-owned and municipal area of 29.86 hectares in the amount of 29,324.52 ths. From the sale of land, including land previously sold to the installment payment to the budget received 38,290.16 ths of them to local budgets - 34,464.14 ths, the state budget - 3826.02 ths.
Construction: In the January-March 2008.companies working on construction contracts executed works worth 603.6 mln.
Among the regions of Ukraine in January-March 2008. Odessa region in terms of construction work performed by own forces, took place 5.
At 5.3% increased construction company engaged in civil works, as well as 14.5% - the installation of artificial buildings and installations.
Cities and villages in Odessa area 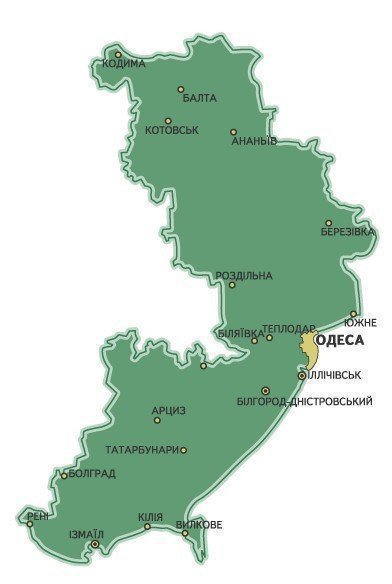