Locaton: the state is located in the north-west of Europe. It occupies the great Britain island ( England , Scotland and Wales ) and a part of Ireland. In the north and west it is washed by the Atlantic ocean, in the east – by the North sea , in the north it is separated from the continent by the English channel.

The state language: English; in Scotland – Scotch dialect, in the Northern Ireland - Irish , in Wales – Welsh.

Political Structure: Great Britain – is a Constitutional Monarchy with the Queen at the head. The legislature - is a 2-chamber Parliament ( The chamber of commons and the chamber of lords). The prime-minister is at the head of the government. Since the 27th of June 2007 – the prime minister of great Britain is Gordon Brown.

How to get there: there are regular direct flights between Moscow and London , by three major companies: «Аeroflot», «Тransaero» and British Airways. «Аeroflot» и British Airways are flying from Sheremetievo to Heathrow several times a day . «Тransaero» is flying from Domodedovo to Gatwick and Edinburgh.
Religion: Around 87% of the believers - orthodox. 57% – belong to the Anglican church. 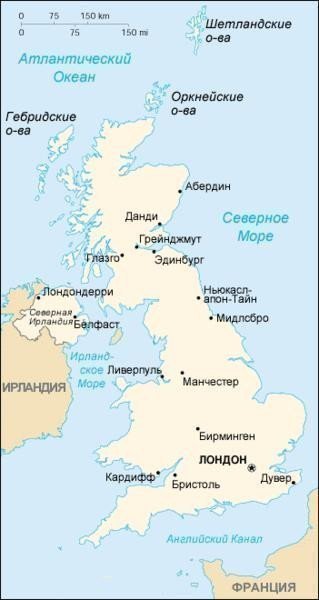