One in four home buyers in new buildings deceived developers 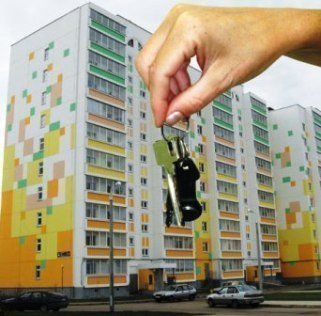 Last year, about 120 companies working in the construction market in Kiev, or abandoned their projects, or building to better times.
And nearly 30 construction companies officially announced their bankruptcy. According to the experts, the majority departed from the market of companies to begin construction has not managed since the construction license, they were regarded as additional to core activities. But some still run their projects and the funds from investors for their implementation have collected, says Yost.
According to the director of marketing consulting company SV Development, Vladimir Stepenko, the number of sales in more than 130 new buildings, construction slowed down or even freeze, an average of 18-22% (1 to 300 apartments).
And count the number of nominally private investors defrauded housing easy. Experts say that it is already three times the number of victims of fraud "Elita-Center" and now stands at about 5 thousand people.

Related article: The head of the Ministry of Construction advised the regions themselves to deal with unfinished

Over the years 2007-2009. the primary market of Kiev was sold 21,5 thousand apartments. Every fourth customer appeared in varying degrees deceived developers. However, people continue to hope that developers will have the money to complete the construction of housing
But experts say the real extent of scams on the capital market, new buildings can be assessed no earlier than 2011, because Ukrainian law gives developers the right to detain the facility to operate for 18 months.
zagorodna.com
Content tags: Housing Fraud in real estate and land News
Did you like the material?

Subscribe to our newsletter
Back to top
Your comments:
Your opinion will be the first. Thank you for reading this article. I wish you happiness! Please share your opinion in the comment below.
People of Kiev informed of the scandalous construction

more
The Cabinet of Ministers has allocated Rs 10.1 million for affordable housing