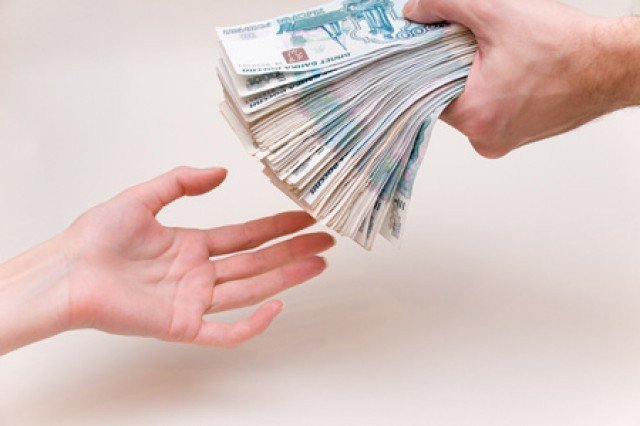 For American James Tatiana from Kiev Schegoleova married a half years ago. They met on the Internet. With her daughter moved to the United States. <div style="text-align: justify;">James lives in his house in the town of Tri-City, near Washington, the capital. In 2000, it acquired a loan for 25 years.<br /><br />- By American standards the house is small. One floor, five rooms - three bedrooms, two bathrooms, living room and dining room with kitchen. Nearby garage. Behind the house is a courtyard with a small swimming pool, - says Tatiana Shchegoleva, 36 years old.<br /><br />In the Tri-City 200 thousand inhabitants. Flats James there is assessed at $ 130 thousand as much, like a year or two ago. Every month he returns the loan more than $ 500.<br /><br />- In the U.S. there is a crisis. In neighboring states, some businesses have closed. But go bankrupt, only large banks. Small thrive. Houses in prime locations, such as the coast of California, less than 750 thousand dollars will not be found.<br /><br />Housing loans in the U.S. offer and now. But the borrowers' checks. Must have a permanent job, the official income and credit history. Previously decorations for a mortgage at 5% per annum. Now - half a percentage point cheaper.<br /><br />- We would like to prepay a loan in order not to pay more interest. But the bank is not allowed. My husband and I are now students. I'm still working. James receives a housing allowance and training of the insurance fund of the company - continues to Tatiana.<br /><br />Surprise house prices in Ukraine. Her friends, Natalie and Alexander, four years ago, took credit for the one-room apartment in the center of Uman, Cherkasy region. In "Raiffeisen Bank Aval, they borrowed $ 30 thousand at 12,3% per annum. Another $ 5 thousand to pay themselves. Pay with a bank must be over 15 years. Monthly return to the bank about $ 500.<br /><br />- Works in the town there. Businesses closed. His wife sits in the decree, and I go to work in Kiev. So it is calculated for the flat, - says Alexander.<br /><br />In the past year, wages in Ukraine amounted to 2.2 thousand UAH. In the USA - $ 2.3 thousand<br /><strong>zagorodna.com </strong></div>
Content tags: house News
Did you like the material?

Subscribe to our newsletter
Back to top
Your comments:
Your opinion will be the first. Thank you for reading this article. I wish you happiness! Please share your opinion in the comment below.
Rada decided not to intervene in a disorderly sale of land

more
The idea of a new format of residential buildings in Ukraine!