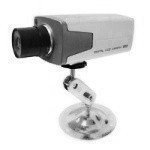 Fans of Russian folk tales will recall that deceitful fox each time stealing a cock through a window. Cunning and experienced burglar, of course, if they are allowed size and agility, too, are trying to use the window opening, knowing that bother a stranger at the door is sure to attract the attention of neighbors on the landing.

A glance at any advertising publication to represent the whole range of modern windows, which offer manufacturers: plastic windows, oak and metal. Moreover, each firm would not miss the praise and irresistible strength of its products. Alas, the sophistication of the methods thieves residential rent increases in proportion to the improvement of defense. Of course, most burglar, using the main entrance through a window, go to the lower floors of buildings. And the most experienced glaziers little worried about how they are durable and strong. Unless, that is bullet-proof glass ...

Related article: How to install a security system in the apartment?

38.16 BMF ordinary thief, glazier's main tool - "patch". So in their dialect is called an ordinary cloth, richly impregnated adhesive composition - silicate adhesive, resin, molasses and even honey. "Patch" is applied to the surface of window glass, followed by a slight pressing his hand (elbow, knee) on the glass - and it is squeezed. Everything is quiet and without ringing. Because the pieces do not shatter but remain on the adhesive solution rags.

Much less common criminals enjoy the glaziers. Recently, in shops selling tool thieves professionals acquire great import glaziers, which shreds the paper as a window glass. Sucked to the glass rubber suction cup (like vantuza), outlined the glaziers circle the correct size, clicked on it and pull stump sucker out. A through hole is easily reaches for the window latches. In this way, through a hole in the glass on the balcony door was robbed singer of the group "Arrows". Thieves gained on the things the singer on the amount of 750 thousand rubles.

Some thieves operate on the most simplistic scenario: a stone thrown through the window and expect to look out whether the owners. If all is quiet, the offender dives into the doorway or window. If you will not have time to climb and will be detained by the police, there is a chance to "justify", they say, broke the window of hooliganism. For "hooliganism" penalties are less than a "gallop".

But Voronezh glazier Victor M. prefer still a cloth with rubber adhesive. With its help, and he got to the cottage of a local businessman.

He worked skillfully: bold from the tables and shelves a few antique bronze ornaments, leather wallet with bucks perstenek with a diamond, silver ink, and the device ... the cage with the parrot. Healthy, such red popugaische-of-breed macaws. Those in the poultry market at three thousand dollars are sold. Yes there a parrot!

While the thief took away his legs over the embossed glass, the parrot was silent. Sitting in a cage, ruffled, and just roll your head in different directions. To the delight of the thief said he was only at home. About sixty different words and expressions knew bugger! Victor gladly would have left the bird itself. For entertainment. But life requires a burglar trips. Ara also needs a daily feed and care. So one gloomy morning Victor suffered talkative bird on the market.

Long admired the parrot some plyugavenky peasant in worn leather jacket. "What is the name bird?" - Finally he asked. "Popkov, I called him. Just Popkov ... "- did not have time to answer a thief, like a parrot read stalls replica of indignation:" I Kesha, Kesha, Keshechka! ". "And whether it's your bird? - Screwing up his eyes, asked the "buyer" and put it under his nose Victor M. witness criminal investigator. - You have to go with me to ascertain all the circumstances. " Knew the offender that thieved businessman to the police with only one statement - to find the bird. Given all the guidance parrot, and the detectives, knowing that the thief must appear with Ara in the market, has to guard him in this place. So the parrot helped detain an experienced thief, glazier.

About fifty flats in south-eastern district of the capital of robbing 28-year-old Roman Bagunov. During the eight years that a thief was invulnerable. "He was fantastic luck" - the detectives were justified.

From the Army Airborne sergeant Roman Bagunov was discharged in 1991. Returning to his native Moscow, a former paratrooper took a job at CHOP and even got a private security guard license. But a year security company closed, and Roman find themselves unemployed. At this time, he met three young men who were engaged in burglary and was taught the basics of the profession former paratrooper "burglar-glazier. A year later, when the "pupil" has almost outgrown the "teachers" were detained in the act, but true thieves thieves shield Roman tradition - he remained at large.

About thieves fishery Roman thought, when was now married and a father of two children: desperately needed money. Apparently, so he put the stolen literally on the flow, sometimes exposing a day for six or seven apartments. The scheme of work was always the same. Sitting on a bench in the courtyard, Roman painted in a special notebook the house plan and pointed out when they come home residents first, second floor. Making sure that the apartment is empty, he quickly dissected window crowbar and hid nearby. If everything was calm, Roman gets inside. Took away the most valuable: from office equipment and gold up to things and money. Do not forget to Roman and his dog: in almost every apartment thieved grab the bones and meat for your pet.

Detectives say that was a great original Bagunov: yesterday he could steal audio equipment for a few thousand dollars, and today - frozen fish heads on the ear. Once in the apartment of one of the assistant ministers he had found so much equipment that we had to make it in three passes. Between the second and third best-selling burglar is so tired, opened the fridge assistant, took out dumplings, cooked them and firmly bite, and after lunch continue the case.

Bagunova detained by the PSB, who left for private triggered the alarm. Bagunov did not deny his guilt: "I knew that I had ever caught." Discovered at the home of the thief thick stack of receipts from pawnshops gave reason to believe that crimes have been more than a hundred. And in all the apartments, he came through the window opening.

Specialists-operatives are advised to equip the windows with metal bars. Especially if the housing is located on the first floor. Nezareshechennye windows, which are also decorated with curtains made of expensive fabrics, just touches burglar and call to action. This method of "prevention" of burglaries is more effective in terms of both practical and psychologically. Casual thief is unlikely to deign their professional attention barred apartment - too much fuss. However delude itself about this, too, should not be. If the "burglar" is working on a tip, and knows exactly what is in the apartment at least a few gold bars, even the steel bars will not stop him. Worst glaziers pushing them with an ordinary jack.

By the way, windows are not only convenient manhole in someone else's apartment, but also an important informant for the burglar. Offender can guess that the house is unoccupied, if the evening window of the fortress "at all times dark. Secondly, even in the heat vents are closed. Third, the window panes have not myty. Mean time to act.

Subscribe to our newsletter
Back to top
Your comments:
Your opinion will be the first. Thank you for reading this article. I wish you happiness! Please share your opinion in the comment below.
How to make an apartment safer using smart gadgets

more
How to protect your apartment from theft and fire for the holidays?

more
How to protect yourself from burglary

more
How to protect your apartment from thieves?