On the new general plan of Ukrainian cities learn from cartoons 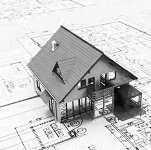 According to information from the regional state administrations and of the Council of Ministers of Crimea in more than 20 cities of Ukraine's general plans are under development or adoption. Among these cities, Kiev, Odessa, Kharkov, Simferopol, Kiev, Zhitomir, Cherkassy. The fact that this is an important town-planning document, which bears the risks and prospects for its adoption by the townspeople, now you can learn from cartoons.

One-minute themed video is now possible to look at the Internet service YouTube, or on the website "Master Plan - the key to your city." The five video stories tell of real life situations in which it may be, each resident of the city in connection with the adoption of the new town planning document. Among these situations - and the confiscation and forced relocation of housing, and the destruction of green areas, and construction of new transport infrastructure (roads, or airport) near the place of residence.

Related article: Eliminates the possibility of the general plan of Kyiv infill development

"Yes, we do show the threat making general plans adopted without the active participation of citizens. But it's not horror movies with a social story. That's why we offer options that will help citizens to provide convenient and comfortable environment where they live, "- explained the intent of authors animations project leader," General Plans of cities - a plan for the citizens, "Vladimir Shcherbachenko.

Cartoon characters - ordinary citizens who are actively acquainted with the general plan of their own cities, using the Law "On Access to Public Information." They take part in public hearings and submit written proposals to the chief architect. As a consequence - in the new general plan of the citizens can keep an open public space and to improve social infrastructure.

Subscribe to our newsletter
Back to top
Your comments:
Your opinion will be the first. Thank you for reading this article. I wish you happiness! Please share your opinion in the comment below.
Popular back room in standard flats

more
How to choose a good layout

more
How to choose a good layout?