In Rome, set up the apartment, which can be controlled by thought 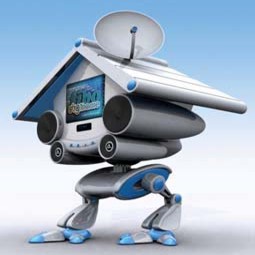 Unusual been designed and implemented within the framework of the European project under the guidance of professor in the department of information, automated and Administrative Technology, University of Rome La Sapienza, Roberto Baldoni. According to the professor, flat, controlled by thought alone, fully ready for use, and is now at the Medical Institute Fondazione Santa Lucia, said Euromag.

As described Baldoni, he decided to create a managed house idea, as in many modern homes already have multiple devices with its own processor. The team brought together professors of management in one device, and now thanks to neyrokompyuternomu interface that directly connects the brain with a computer, all of these devices can be operated without pressing buttons, and no action.

Related article: In Italy, the house is built, controlled by thought

"It is very convenient for people with disabilities, for example," - said the professor.

Device, "reads the thoughts," like a cap with electrodes that is used in electroencephalographic monitoring in hospitals. You must first enter into the computer commands sent by the brain, which will be associated with certain actions of equipment, then it is possible the power of thought on and off the light, run the washing machine or air conditioner to regulate the regime.

Subscribe to our newsletter
Back to top
Your comments:
Your opinion will be the first. Thank you for reading this article. I wish you happiness! Please share your opinion in the comment below.
House with intelligence

more
In France, built a «smart home» for freelancers

more
In Ukraine, you need to build «smart» home