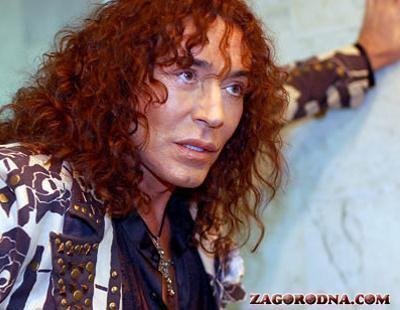 61-year singer Valery Leontiev because of health problems decided to leave the scene and go for permanent residency in the U.S.A. In Miami, next to the names of Madonna and Sylvester Stallone, he has a luxury villa. His Moscow apartment Leontiev for sale.

Singer evaluates them in the $ 7.6 million, but because it wanted to quickly leave Russia, it is ready to make a concession.

Related article: Whoopi Goldberg put up for sale by an estate in Marlborough

The three-storied apartment Leontiev area of about 200 square meters. m located in a building built in 1912 near Clear Ponds in Kolokolnikova lane. At first, Leontief was only one floor, so he bought an apartment upstairs, and then joined and attic. All this cost Leontiev $ 900 thousand, but over the years, the Moscow real estate has risen strongly, and the singer is planning to bail out the apartment at least eight times.

In addition to the apartment in Moscow and villas in Miami Leontyev was still a mansion in a village outside Moscow Valentynivka, which he sold almost for a song. This Leontiev not so long ago bought for 4 million euros a house in Spain, near Alicante. Villa area of 350 square meters. m located on a plot of 1,5 ha with orchard and swimming pool. This property Leontiev going to rent.

Also Leontiev owned apartment in Rio de Janeiro, but he was for her a long time does not pay, so most likely, apartments will soon pick up the state.

Mansion in Miami area of 280 square meters. m in the Coral Geyblz Leontiev bought in the early 90's. Now the villa is approximately $ 1.7 million house is decorated in the style of safari: decorated with leopard skins, hunting trophies. In the courtyard there is also a luxury hotel for animals - the singer's wife Lyudmila Isakovich makes a living haired dogs.
Metrinfo.Ru