Townhouses - one of the most popular formats and problematic suburban housing 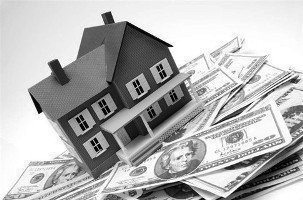 Townhouses - one of the most popular formats of suburban housing. But at the same time and one of the most problematic. In their construction must comply with certain strict conditions. Otherwise not formalize ownership and can carry home. Just a few years in the suburbs of Kiev market has formed townhouses - to date sales are about 60 projects. This is more than five thousand block sections . At the same time , curiously, in the current legislation the concept of " townhouse " does not exist. The question arises : what are we actually buy ?

Townhouse or apartment?
In the Urban Planning Code is the concept of " house locked building ." This object is not higher than three floors, consisting of several sections ( no more than 10 ) , each of which is intended for a single family residence . The walls between the units should not have windows and doors. And you must have the output from each unit on the territory of general use. This is the " official definition " townhouse.

Related article: Does the loans to buy suburban real estate?


Of great importance is the legal status of the land . Under the Land Code , all areas are divided into categories , and the types of permitted use . There are several categories - we are interested in only two : land settlements and agricultural land. Since townhouses - this accommodation , they accordingly should be erected on the lands of settlements , while permitted use may sound like " housing ", " low-rise construction " or " locked houses ."

Townhouse, built on such land is , in fact, an apartment house . And in the certificate of title block section will be referred to as "flat" . In this plot town house shall be in common ownership . " With the recent clarification of the legislation the right of common shared ownership of the land arises from the first registration of the right to housing in the facility. In this area should be formed ( put on cadastral registration . - BN ) , "- says Sofia Sokolova , a lawyer practices and real estate investments " Kachkin and Partners . "

Because legally impeccable townhouse - this apartment building, only block type , the developer must act within the law , and in particular to have a building permit. Otherwise, the object is unauthorized construction and can go for demolition.

IHC - not a sentence ?
And what if the land on which the building townhouse refers to the settlement , but it permitted use - " individual housing construction "? Very often in media reports that townhouses on lands IZHS straight path under the bulldozer .

Indeed , the word "individual" in determining the status area indicates that it is allowed to build a single family home . Some developers , of course, try to dissemble , erecting multiple- townhouse allegedly one big family , and then selling it as part of the share . But it - it cognizable .

Meanwhile, it turns out that to build a townhouse on land for individual housing construction can quite legally . More precisely, several individual locked single-family homes can be built on contiguous sites. But it must be observed a number of requirements .

"In urban settlements documents (this Land use and development and Master Plan ) is usually prescribed minimum allowable area under the individual building . Somewhere is 6 acres, in some cases even 1.5 . Accordingly, it is so much land - and not Sotke less - should be subject to each household in the town house , "- explains Elena Shishulina , marketing director of JSC" MC " START Development . '"

Suppose we have 12 acres of land . If the minimum allowable size of plot - 6 acres, line up and cut it into two halves and boldly build two sections (ie duplex) . Can no longer be - will be violated a requirement of planning legislation . If the cutting is permitted finer (eg 1.5 CM) , the 12 acres can be divided into eight sections and build the same number of isolated sections - if only to put the original form allowed ( was extended , rather than, say , a square ) . Be that as it may , the maximum number of units is limited to ten .

Each block section on lands IZHS legally a separate dwelling house , with a separate section . The certificate of ownership and will be recorded .

By law - expensive
According to Sofia Sokolov , in townhouses that are built as row houses on individual plots should not be a total basement and / or common attic. Engineering networks should wind up in each section separately , without common pipe .

" Summing up the individual networks to each section increases construction costs by about 10 %," - says Elena Shishulina . Does not seem so much. But do not forget that developers who build townhouses in areas IZHS accounts to pay not only for communication. Land with legal status is much more expensive than agricultural land , which is now unfolding construction of cheap townhouses. Conditions of competition are obtained unequal.

"Given the gaps in the law , we can say that today townhouse in principle be built and registered on the site, designed for suburban development . Thus, the block - section , as in the case of townhouses on the land for individual housing construction , shall not have common attics and cellars , and communications - to wind up separately in each block , "- said Sofia Sokolov.

Registered ownership of an object in a declarative manner , on " dacha amnesty " ( you need to provide only technical passport of the object and the certificate of ownership of the land ) . The sections are made exactly as row houses rather than apartments .

As in the case of the villas do not need permission for the construction and commissioning , and state registration is carried out by the declaration , some developers are tempted to build on Agricultural land not row houses with private communications, and one large town house , register it on the " dacha amnesty " and then sell the shares.

But even if the sections are built and executed according to the rules as row houses , the buyer still faces some inconveniences . First of all, it should be understood that gets a residence , not a house for permanent residence. Register in this townhouse succeed only through the courts - this procedure is expensive and troublesome ( including the need to require expensive book examination which will show that your home is suitable for permanent residence ) . And the mere fact of registration of registration does not solve the problem with social services . Authorities are not obliged to build schools and clinics outside of the village , on agricultural lands .

In addition, the foundation for the construction of townhouses on such sites is quite flimsy . Today, the authorities turn a blind eye to large-scale development of country cottages and townhouses arrays designed for permanent residence. And developers use loopholes in the law. But who knows what will happen tomorrow or the day after ?

Subscribe to our newsletter
Back to top
Your comments:
Your opinion will be the first. Thank you for reading this article. I wish you happiness! Please share your opinion in the comment below.
The greatest demand among tenants are home within Kiev
more
How to choose a vacation home?
more
Own house in the country - a prestigious
more
What holiday homes buyers prefer?
more
Ecology suburban real estate
more
Sign
Registration   Forgot password