The son of the legendary Bob Dylan's sold the house for $ 8.3 million 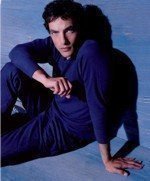 <div style="text-align: justify;">The mansion, owned by Jakob Dylan, located in the prestigious area of Los Angeles, Brentwood.<br />The said property has seven bedrooms and five bathrooms, and a total area of 470 square. m. In the surrounding area there are two guest houses, one of which is used as a recording studio, as well as pool and spa.<br /><br />The mansion was put up for sale in January of this year for $ 11 million According Bergproperties.com, purchase and sale was registered in September, one of the media know about it just now: the financier who bought the house is not a public person.<br /><br />Jakob Dylan - younger son of one of the most famous and titled rock performers in the history of Bob Dylan. Jacob continues his father's musical career, doing writing and performance of rock songs.<br /><br /><strong>Prian.ru </strong><br /> <br /> <br /> </div>
Content tags: Overseas property celebrity real estate
Did you like the material?