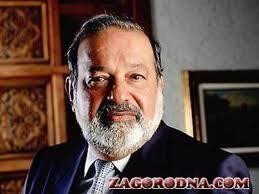 Mexican billionaire Carlos Slim became the owner of luxury housing in the heart of New York, paying him a $ 6 million less than the asking price.

It is reported by The Wall Street Journal. Details of the transaction are not disclosed.

A seven-storey mansion Duke Semans, built in 1901 in the French style, located on Fifth Avenue, near the famous Metropolitan Museum of Art. It has 12 bedrooms and 14 bathrooms, and over a dozen rooms for other purposes. The building is equipped with an elevator, and 11 fireplaces, and a total area of 1,860 square meters. m

The mansion was bought by a former citizen of the Soviet Union and now an American businessman Tamir Sapiro in 2006 for $ 40 million in January this year, Sapir vystavil object on sale for $ 50 million

Carlos Slim Helou - Mexican businessman of Arab origin. He is the owner of the holding Grupo Carso, which brings together industrial, commercial, construction and telecommunications companies. In 2010, Forbes magazine recognized Slim the richest man in the world, estimating his fortune of $ 67.8 billion
Prian.ru