Former Georgian president, ex-governor of the Odessa region, Mikhail Saakashvili showed Georgian journalists how, after returning to Kiev, he lives in a single-story, not fully renovated house without a kitchen. The plot was shown by the Georgian TV company "Rustavi 2". 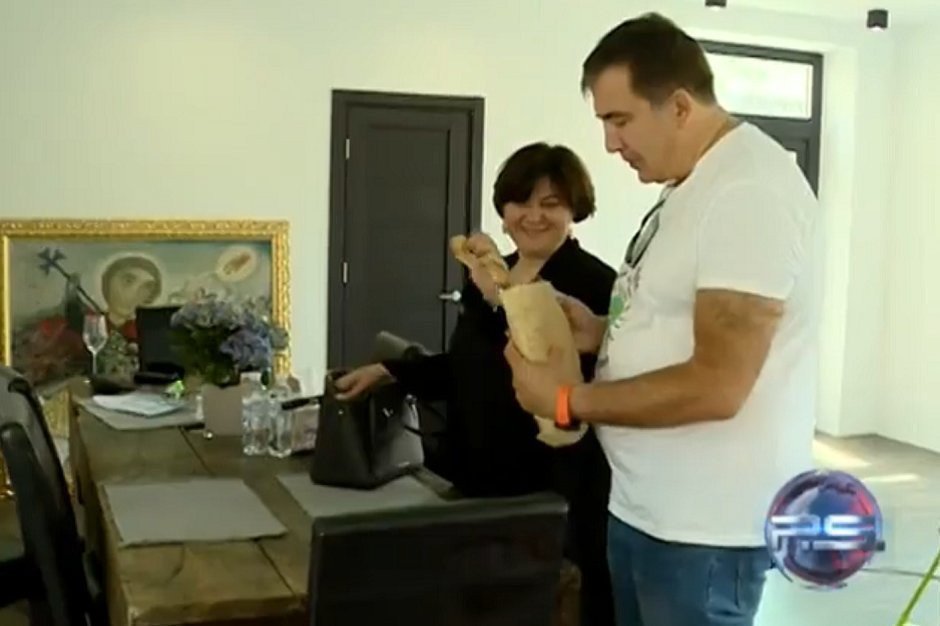 According to TV, Saakashvili began the construction of a one-story home with a living area of ​​less than 100 square meters and a yard of 500 square meters two and a half years ago.

Related article: As Yanukovych lives on the ruble?

Repairs have not yet been completed, there is no kitchen, there is a small refrigerator, and there lives a cat in the courtyard, which the workers called Misha.

According to the television, this is the only real estate Saakashvili, which is not seized.
The rest of his property is under arrest by the decision of the Georgian authorities, who previously initiated a number of criminal cases against him.

“There are two small bedrooms and this room (living room). I do not have a kitchen, but see how I eat: there is a sausage, yesterday my Ukrainian friend found out that I was here and brought me cheesecakes prepared by his wife. There are also wine, borjomi, sprats, ”Saakashvili said.

Subscribe to our newsletter
Back to top
Your comments:
Your opinion will be the first. Thank you for reading this article. I wish you happiness! Please share your opinion in the comment below.
Crimean apartments of Kolomoisky go under the hammer