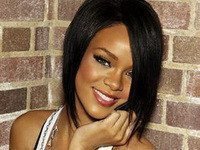 Rihanna saved $ 3 million to buy a new house.
The singer has made a huge discount on luxury house with eight bedrooms in Beverly Hills, persuading real estate agents dropped the price.


However, since property prices have fallen in recent months due to the current global economic crisis, the 21-year-old Rihanna has managed to get a discount, and eventually bought a house for 6.9 million dollars, saving 30 percent of the cost.

Buying a house at a discount has caused concern of local residents, including such Hollywood stars as Jennifer Aniston, Courteney Cox Arquette, Milla Jovovich and Tom Cruise, that the cost of their own holdings may significantly drop.

One of the real estate agents in Beverly Hills said: "This sale - a sign of falling prices. All monitored the house and waited to see what happens.

The widow of film producer Aaron Spelling, Candy Spelling is trying to sell his huge house area of 56.5 thousand square feet in this area. She put it on sale in March for $ 150 million, but the house still nobody bought.

Rihanna beginning to look a real estate in the Hollywood Hills in February this year. The singer spent a few days, looking at home in an elite area, and even considered to acquire the former mansion of Christina Aguilera.
Content tags: Overseas property celebrity real estate
Did you like the material?