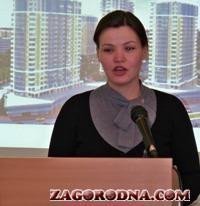 Director of marketing and research at Knight Frank Natalia Pronin told about the situation in the residential property market in Kiev, as of today, we define the vectors of development and make predictions.

According to her, "The main difference between today's primary residential real estate market from a previous crisis, and prosperous years, it's completely different dynamics of development of all its segments - the economy, business and elite classes of housing. In 2010, there has been a unique situation - one class showed a slow but sure recovery and the other - stagnation, and the third - the correction in prices. In terms of sales and price indicators showed the most dynamic segment of a healthy business class. In Economy class continues to stagnate, and in the elite segment although prices are slightly, but reduced. 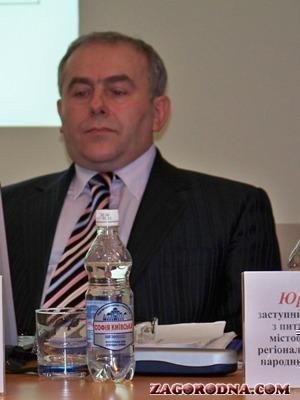 Victor Kovalenko, the director of consulting company "RealEkspo, head of the portal Zagorodna.com spoke in detail about the situation, trends and forecasts in the market of new buildings and suburban cottage towns of Ukraine.

By the number of newly liderstov in the Crimea. According to Victor Kovalenko, "as of February 24 of the 184 newly Crimea 40.21% (74 objects) located on the territory of Yalta City Council, including the Yalta Gurzuf Simeiz Koreiz, Livadia, Gaspra, Massandra etc.
Second place among the regions of Crimea on the number of new buildings at Sevastopol: 34 buildings.
Third place - in Alushta city council - 23 new buildings, including Alushta, Partenit, Maly Mayak, cypress, and others. "

As regards new buildings, Kiev region, here in the course of 2010, there were 25 new objects, most of which povilos in Kiev Svyatoshinsky area.
According to the director Victor Kovalenko, "as at February 24, 2011 34 objects are located in Kiev Svyatoshinsky area (excluding the 26 new buildings in Irpen and 8 in Bucha), for a total of 68 sites (51.12%).

It should be noted on the market Irpin large number of new buildings. In January 2010, the market there were 16 new buildings, and in February of their number to 26 sites (an increase of 62,5%). It is this healthy competition among builders Irpin led to a decrease in the cost of housing in new buildings and, in turn, the thread wishing to acquire housing in the near suburbs.

Third place among the districts in Boryspil district (25 buildings) = 18.89%

Consulting Company RealEkspo "(Kiev) has analyzed the market of cottage townships of Ukraine in the context of regional centers.

Director of RealEkspo "Victor Kovalenko, stated:" reducing the number of frozen objects suggests the revival of suburban real estate market and the gradual exit from the crisis in the Kiev region. "

As of February 24, 2010 according to the company "RealEkspo and database portal www.zagorodna.com suburban real estate in the Kiev region, there are 266 cottage town: 89 projected, 90 under construction, 84 built, 17 small towns more than in the beginning of the year , which corresponds to 6,82%.

There was a project: it's small towns and suburban cooperatives offering plots of land as a contract, and without a contract.
In 74 towns, construction of a "frozen", 8 towns smaller than at the beginning of the year.

For players in the country real estate company RealEkspo "offer exclusive service to attract buyers of suburban property.
If you or your friends choose a vacation home, a new building in the suburb invite you free to take part in a "cottage-tours" of cottage townships, and new buildings of Kyiv region.
"Holiday Tour" - a tour of the best cities of Kiev and cottage area, which helps to choose a country house in the system LIFE-SHOW.

The program cottage tour includes travel, live tour of the campus, showing the demonstration homes, individual consultations by specialists, a full calculation of the value of homes and land for each participant, a picnic in the fresh air, and more.
LIFE SHOW - the opportunity to live as a family one day in your chosen cottage area, assess its strengths and take advantage of infrastructure.

Site zagorodna.com. will be posted an application for participation in the cottage, cottage tours and schedule tours of area of the Kiev region.

According to contest organizer, Victor Kovalenko, to participate in the contest "Housing-2-10," admitted 9 construction companies in Ukraine in Kiev, Donetsk, Kiev region, Sevastopol. It's 2 new buildings, in which only the construction of nachos, 3 built new buildings and a company-builder.

The winner in the Best apartment complex of Ukraine was recognized as a residential complex "Novopecherskie Limes.

The contest "The cottage village -2010" admitted 10 builders and developers from Kiev, Kiev Oblast, Luhansk and Odessa regions.
Among the participants of a projected town, 5 boroughs, which is under construction and 4 built campus.

Victor Kovalenko
© Protected by Law "On Copyright". Reference to the source obligatory.
www.zagorodna.com