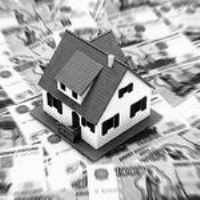 Ukraine - not only our closest neighbor, but also one of the leading destinations for investment. Over the past 15 years she entered the top three countries where Russians prefer to buy homes and open hospitality. According to estimates by the end of 2013 our compatriots owned about 50,000 properties across the country. Mainly - in the Crimea , but also in Kiev, Odessa and other cities . These are the assets purchased for investment purposes , for recreation and housing apartments, had inherited from Ukrainian relatives.

The rapid development of critical events in the neighboring state are the concern of many Russians. How will the real estate market in the Crimea and Ukraine , and what to do with private property - buy or sell ?

Related article: Investment in the construction industry will amount to 4.6 million Dnipropetrovsk USD per year

What property in Crimea Russians have

Holiday properties Crimean peninsula has always attracted Russians relative cheapness . The minimum cost of housing on the coast varies from 30 thousand dollars for a small apartment in "Khrushchev " to 120 thousand dollars for villas and private houses . Considered the most liquid one - bedroom apartments in new homes , they are best dealt in the season and bring their owners a stable rental income . In addition, citizens of Russia have invested in luxury housing in the most popular areas of the Crimea and commercial real estate : hotels and restaurants.

Private property is the Russians in the Crimea :

• Cheap apartments in the old Soviet money and plots , had inherited

• Cottages and villas on the coast

In particular category can be distinguished corporate ownership of Russian companies and government agencies. This, for example , a four star hotel "Crimean Riviera " belonging to the structure of "IFD Kapital" , and several boarding houses, belonging to the Moscow government .

What to do with the Crimean estate

March 18 President of Russia , Crimea and guide Sevastopol Mayor signed an agreement to join the Republic of Crimea and Sevastopol to Russia. However, the international status was defined : Kiev , the U.S. and the EU did not recognize the results of the referendum. In this situation, the Black Sea resort becomes a " gray zone " for investments with an unclear legal situation . According to experts, now a peninsula really can only rely on Russian funding : for all other investors to invest in local infrastructure is too risky .

If the status quo , on the development of the Crimea in the near future will be influenced by two factors : a significant influx of funds from the Russian treasury and a sharp decline in the flow of tourists . That winter, residents of the peninsula began to sound the alarm : the season ripped off! Experts believe that it is too early to predict how much tourists arrive on the Black Sea coast this summer. However, it is obvious that Ukrainian holidaymakers will be many times less, and many Russians scare the unstable situation in the region : people who are planning a summer holiday in the spring, buy tickets to other places. In the context of international isolation Crimea will work exclusively for Russian tourists. Of course, in the foreseeable future they will be more , but not enough to ensure the peninsula economic breakthrough .

Most experts agree on the fact that in the near future real estate in the Crimea will fall in price. According to analysts, in 2013 , housing prices in Ukraine as a whole decreased by 25.9%. This trend has spread and separated the peninsula. And in the future square footage may be cheaper even more - until the situation stabilizes . At the same time , experts advise owners not succumb to panic and wait : Crimean sell assets now - then simply record losses. Chances are that after a while the prices crawl up again .

However, to actively acquire rapidly becoming cheaper square footage is not worth it . Experts believe that the acquisition of real estate in the Crimea during the crisis too risky. Such investment may be too "long " for a private buyer . Even optimists do not expect that real estate will rise before 2015 . But if you buy an apartment or house for a family vacation planned , Realtors advised not to abandon this idea. Advantage of the situation , really good to buy at a significant discount . Though in this case you need to pay careful attention to the process of registration of rights to object - in a Russian cadastral services .

One of the most likely forecasts - a temporary " freeze" the real estate market . Private investors took a break and yet refuse to purchase new facilities on the coast - await developments . For example , it is known that the Republic of Crimea plans to scale nationalization of state assets , which previously belonged to Ukraine. At the same time the new authorities Peninsula assure that private owners and businesses will not have any additional risks. Revival of real estate business and the normalization of prices will be possible after the signal from Moscow. Active investments in the Russian economy and budget tourism sector Crimea give investors confidence in the future .

Separate and very important part of the tourism infrastructure of the peninsula - rest homes and sanatoriums . This is a major base, functioning since Soviet times, when Crimea was the " all-Union health resort ." Until recently, the strategic property was owned by the Ukrainian state , however, decided to secede from Kiev , Crimea announced the nationalization of 130 tourist sites . It is about 119 hotels, several dozen utilities and Sechenov Institute in Yalta and 17 recreation complexes . The largest of them - health resort "Sunny" in Alupka , " Ai-Petri" Mishora or near the mountain resort " Old Crimea".

Most attention from the public and investors focused on the Children's Center "Artek". The famous summer camp also goes to the balance of the peninsula. According to recent reports in "Artek" has a new CEO, appointed by the Government of the Republic of Crimea .

Nationalization of tourism infrastructure will lead to the fact that the Crimean authorities will be able to dispose of the fate of objects and income from state property. However, the burden of all this property also lies on the peninsula . While it is difficult to predict how successful will manage the unwieldy mechanism " Crimean resorts ." Obviously, the development of nationalized tourist complex will be impossible without the support of the Russian budget and Russian investors.

According to many experts , the famous Crimean resorts - a questionable object for investment. Most of them are preserved at the peak of its popularity Soviet - that is not reconstructed the past 30 years . Easy redecorating not allow sanatoriums compete with resorts in the world , including - the popular and cheap Turkey. Modern tourists are not satisfied with mud baths and bubble baths Soviet model , but the spa complex in Yalta or Alushta in the best case heard . Investments in the conversion of these objects in modern complexes may be unfeasible : the old buildings will be easier to demolish and build anew. However, while it is difficult to predict how to attract wealthy tourists Crimea enough to justify the upgrade .

Tourism on the Crimean peninsula is popular with Russians. Every year there come about 1.5 - 2 million Russian tourists. However, it is obvious that the Black Sea coast will never be " all-Union health resort ." Crimea back to its former popularity can be in only one case : to close the border and prohibit the Russians go to resorts from other countries .

Crimea is difficult to compare with the Spanish coast or the French Riviera : Black and European tourists stay varies about as well as quality of life in St. Tropez and Balaclava. Until recently, the lovely heart Crimean beaches took another : the relative cheapness , wonderful wildlife , mild climate and familiar language and cultural environment . A rest for a poor middle class.

Budget summer vacation such tourists is designed for minimum cost among the options considered , Turkey , Egypt , Bulgaria. Those who do not want to grill 2 weeks on the beach on an "all inclusive", to Yalta , Foros and the Crimean Mountains . For the same reason the peninsula traditionally like "savages" that break up tent cities on the narrow pebble beaches . Finally, on the Black Sea coast come from nostalgic reasons : to recall a happy childhood or adolescence, to dream about the time of Maximilian Voloshin in Koktebel . Among those brought to the Crimea personal recollection and affection , there are also quite wealthy people who are willing to spend on the Black Sea vacation the same amount as in the Mediterranean .

While experts are afraid to make long-term forecasts . Some believe that with the advent of large investors from Russia Crimea will become expensive and empty , others are counting on a surge of activity holidaymakers and the rapid development of tourism infrastructure . Against this background, the real estate market froze in anticipation .

Russian businessmen and individuals have invested not only in the resort property . Russians belong to a set of objects in major Ukrainian cities , primarily - in Kiev and Odessa . This commercial real estate owned by domestic businessmen and thousands of square meters of housing . Until recently lucrative target for investments considered apartments in the center of Kiev - they bring to their owners about 7 to 10 % of the annual rental income. In addition , real estate in Ukraine acquire Russian companies who need permanent housing for employees.

Political and economic crisis in Ukraine has led to the stagnation of the real estate market . This primarily affected the position of developers : the banks began to curtail lending program . Therefore, most experts advise buyers to carefully invest in the primary housing market : there is a risk of protracted increase .

In the secondary market crisis is not expected, however, real estate prices will fall. Russian realtors until advise their clients to sell apartments in Ukraine in the near future housing will become cheaper by at least 6-9 %. Most studio owners lose , Khrushchev and real estate in residential areas . Experts estimate prices for such facilities will be reduced from 5 to 15 %. So, if in 2014 you inherited a flat on the outskirts of Kiev , the sale is better to wait .

In general, experts advise to refrain from any operation on the Ukrainian real estate market. Invest in square footage in Kiev or Odessa for profitable resale is too risky. Much depends on factors that are difficult to predict until the hryvnia and a new foreign policy orientation of the country . However, urgent reasons to get rid of the Ukrainian assets professional realtors also do not see .
www.zagorodna.com