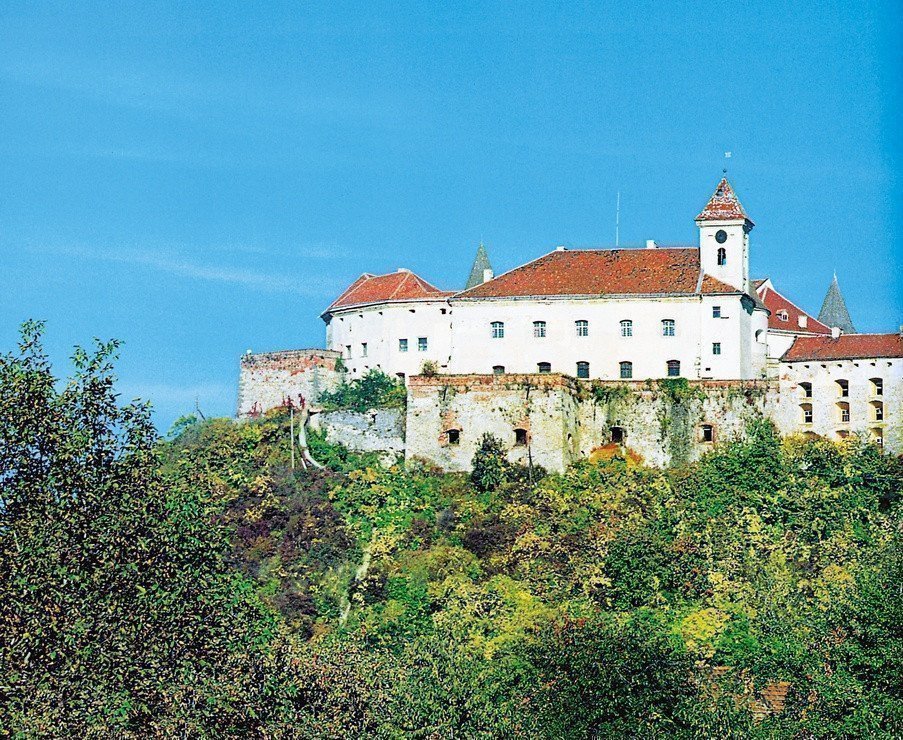 Before the crisis, the massive influx of money from “zarobitchany” (local peoples who work in Europe) in Transcarpathia and bank credit inflated the real estate prices in the region to the level of millionaire cities. For example, apartments in Uzhgorod sold for $ 2 thousand per square. m, and a hundred square meters of land requested to $ 30 thousand, however, at the beginning of this year, housing costs, according to local realtor AH “Bey & Com” Moriki Migalitskoy decreased by 50 - 60%, which, however, has not revived demand. It fell by 80% compared with September 2008, she said.

Related article: Construction of Kyiv in the figures

Now the average time sale of an apartment, even with the best price / quality ratio is about two months. The most popular traditionally enjoyed the cheapest "1-room" and "2-room" in the center and dormitory housing estates with infrastructure (settlement Bozdoshskom). They are willing to buy all the same “zarobitchane” who managed to save jobs and the former salary (such a client base of agencies, more than 50%), as well as residents of regional centers and rural areas to ensure that real estate in Uzhgorod their children. However, potential buyers and sellers, as before, invest in the concept of "cheap housing" a different meaning. The minimum sale price of apartments in the regional center, is $ 22 thousand for the money offered hrushev-type studio on the outskirts of the city. At the same time, buyers are looking for options for $ 10-15 thousand

More economical are the inhabitants of the regional centers. For example, in Mukachevo before the crisis-room apartment worth about $ 40 thousand, Penthouse - up to $ 300 thousand this property willingly bought guest workers, who earn money on construction sites in the Czech Republic. Now about 40% of them were dismissed or deprived of his salary, which put an end to his dreams to get own housing. As a result, over the past half year prices on the local market fell in two or three. For "unity" now asking just over $ 10 thousand, but buy them anyway to no one.

The sharp decline in consumer activity coincided with the increase in the supply of real estate. According to the head of the Transcarpathian Regional Office ASNU, director of the Academy of Sciences "Femida" Tatiana EASONS, the market exhibited a large number of credit apartments, owners are increasingly difficult to settle with the banks. Uzhgorod realtors say that supply exceeds demand at least three or four times. In Mukachevo now sold in 10-15 times more housing than there are willing to buy it.

High competition for potential buyers is forcing employers to continue to reduce prices. There are many cases where the seller clears up to 20% of the original amount claimed. Some owners, especially those who have financial obligations to banks, desperate to find a buyer, agree to sell the house and for half the price. "Not so long ago, our agency to conduct transactions, when exhibited at $ 100 thousand-room apartment in new building after two months of unsuccessfully searching for a new owner was sold for $ 55 thousand," - she said.

Until 2009 the region was being built many new homes. In Uzhhorod annually put into operation not less than 10-15 objects. The influx of money from Europe allowed the contractors to keep high prices - up to $ 1.2 thousand / sq. am now in a city frozen only the construction of several 16-storey houses, but on the smaller building (the house at 15-40 flats) work in progress. Near the park is being built Bozdoshskogo whole neighborhood of several tall buildings, two, three and five stores. Six new buildings there are in the streets on March 8, four - on the street Osipenko. Most of them are put into operation in 2009 or 2010., Forcing contractors to seek potential buyers intensively. High competition for customers has led to a decrease in the average price of a square in a new building to 4 thousand UAH. And within the various actions that organize a company can get a discount of 5-10%.
Mukachivske builders were less foresighted, continues to offer facilities for 6 thousand UAH / sq. m, which has already affected sales. According to Sergei Goldyuka, now already built five homes in the neighborhood Rosvigolo and two sites in the center, on the waterfront, not sold more than half of the housing. And the interest of potential buyers to the new construction sites is so low that the prospects are suspended square meters vague. Local realtors say that sales are activated, if prices fall to at least 3,5 thousand UAH / sq. m.

But most of all in the region fell land. Tatiana EASONS said that the demand for land is now almost zero: the new year with their agency does not sell a single weave. The proposal is growing every day. Last year, local authorities given away for private building a few dozen acres, and now these holdings massively exposed to specialized databases, with initial prices over the past six months, "thinner" in two or three. In the Bay & Com »tell us that the six-hectare plot within the city limits can be purchased for $ 10 thousand, whereas before it was priced at $ 30 thousand of the Earth at the center of Uzhgorod has fallen in price from $ 30 thousand to $ 10 thousand / weaving. The cheapest areas are concentrated in the peripheral neighborhoods of Sorrow and Podlipniki where sq.m. request up to $ 1 thousand Inertia buyers understandable. It is now much more profitable to buy ready-made cottage, than to get involved in the construction. If, before the crisis at the mansion area of 200 square. m with 10 weaving requested about $ 350 thousand, now it can be bought for $ 200 thousand Tatiana EASONS notes that noticeably cheaper large three-storey houses built in the 90 years: pre-crisis instead of $ 250 thousand of them sell for $ 100 thousand in a same time in the region, European fashion houses (single-storey house attic type area of 150 sq. km. m three-bedroom) is practically dropped in price and are offered at $ 330 thousand (in 2008 - $ 350 thousand).

A similar situation in Mukachevo. Two years ago the city council has allocated a private development of 8 ha in the area of the castle "Palanok. Landowners put plots for sale, and over the past few months the price has decreased three times - to $ 2.5 thousand / weaving. Demand unless the land in a sleeping area Rosvigolo, differs infrastructure (where weaving is offered for $ 3,5 thousand). Twice fell and the cost of homes - an area ready to house up to 200 kv. Six hundred square meters has fallen in price from $ 350 to $ 170 thousand

However, housing prices in Transcarpathia still remain relatively high, due to the expectations of owners on the active development of tourism in the region. If the melt and this illusion, the price of real estate has decreased by one third. In 2009, the sale of land in the Carpathian region are planning to get 87.2 million hryvnia, it already sold at 10.2 million.
Despite the crisis, the land becomes more expensive: the average cost per square meter of land this year rose by a third - to 73 griven. Director General of the Land of the Transcarpathian Regional Administration Ivan Kalinich said that on January 1 2009 year already 122 thousands of local peoples received state certificates on land plots. In 76 percentage of settlements a monetary valuation of lands have done. For its completion in the field must still 2,3 million hryvna.

Subscribe to our newsletter
Back to top
Your comments:
Your opinion will be the first. Thank you for reading this article. I wish you happiness! Please share your opinion in the comment below.
NAI Ukraine became the exclusive broker of the shopping center Apollo in the Dnieper

more
Vitaliy Klichko is asked to take control of the house, in which dozens of apartments are bought out

more
With the purchase of an apartment in Kharkov, you can wait