On the U.S. real estate market have exhibited «mushroom house» 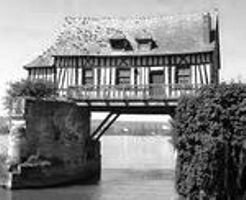 On the U.S. housing market exhibited an unusual object resembling a family of fungi enormous size, according to the portal Maindoor.ru. The structure proposed for 900 thousand dollars. Initially, the authors of the project planned to build a house of concrete and polyurethane, which was shaped like a carrot to the wild , but after construction , it became apparent that the building looks like a little family of mushrooms with thick legs - and the resulting structure was called " Mushroom House » (Mushroom House) .

Facility was built 43 years ago in the town of Pittsford , in upstate New York. Mushroom house is built on an area of ​​0.5 hectares , the building is surrounded by trees, flowers and small waterfalls in the style of American architect FL Wright .

Related article: Designers have come up with a mansion with a pleated geometry


The structure of " mushroom family " consists of five hats, each of which represents a certain living space - three bedrooms , kitchen and living room . In total, the area of ​​the house fungus is about 400 square meters .
www.zagorodna.com

Subscribe to our newsletter
Back to top
Your comments:
Your opinion will be the first. Thank you for reading this article. I wish you happiness! Please share your opinion in the comment below.
Finland to build the tallest sand castle
more
Swedish architects built a house out of cardboard