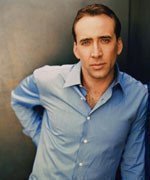 The famous actor than halved the price has recently exhibited at the mansion for sale - up to $ 995 thousand
The mansion in the Californian city of Newport Beach has three bedrooms and three bathrooms, a total area of the object is 140 square. m. house adjusted later garage for two cars, reports Real Estalker.

Facility was put up for sale in July this year for $ 1.9 million, but so far its price is significantly reduced - apparently Cage wants as quickly as possible to sell this house. Perhaps this is due to its current financial difficulties.

Related article: How much does stellar life


Earlier this month, two actor's mansion in New Orleans were auctioned, with a quarter cheaper than their market value.

Nicolas Cage - American actor, director and producer. His real name - Coppola, he was the nephew of the famous film director Francis Ford Coppola. But Nicholas took the nickname to start an independent career. The most famous films with his participation - "Leaving Las Vegas", "Rock", "Gone in 60 Seconds," "Lord of War", etc.