Nicholas Kalyuzhny: «Land Reform in Ukraine must begin with the development and adoption of new laws»

Nicholas Kalyuzhny considers it necessary to speedily adopt the laws of Ukraine: "On the order of the land sales", "On State Land Cadastre" and "land market".

Corresponding portal suburban real estate www.zagorodna.com met with Deputy Chairman of State Committee on Land Resources of Ukraine Mykola Kalyuzhny and asked to clarify the situation on the land market in Ukraine at present. 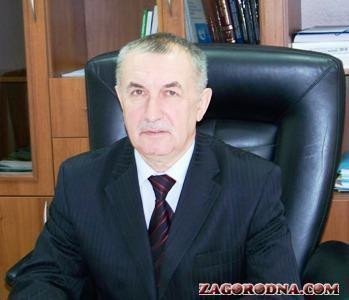 Land relations are actually becoming a deterrent factor in the development of productive forces, especially in rural areas, where land is a major resource for human development. Now in Ukraine is extremely difficult access to land resources for economic entities, the state is actually not a guarantor of constitutional rights in land, no land registry, is steadily deteriorating quality state land fund. Thus, successful economic reform programs of President requires immediate improvement of the land legislation.


Nicholas Nikiforovich believes that state and local budgets Ukraine loses considerable funds (about $ 2 billion hryvnia per year) due to unresolved legal arrangements for land auctions (auctions) for the sale of land plots of state and municipal property and rights to them.

The reasons for this, according to Mr. Kalyuzhny is not set procedure for maintaining state land cadastre, no system of registration of real estate, making it impossible to effectively secure land rights and effective government control over land use and protection. In the public land registry is actually accounted for only about 39% of the total land.

Holding of the land reform did not become a prerequisite for the formation of highly productive land and the land-the main means of production in agriculture - continues to be used with low efficiency. Market turnover of land law, economic and infrastructure is not prepared.

Derkomzem Ukraine tries to quickly change the legislative framework in the sphere of land relations in Ukraine.

In particular, we plan to settle the procedure of land auctions (auctions) for the sale of land plots of state and communal property, which bind to the adoption of the Law of Ukraine "On Land Market".

Analysis of these bills shows that 60-70% of their rules concern is the rules and procedures for land sales torgiviz areas of state and communal property, have no relation to the transferred to private ownership shares of agricultural land, but given the politicization of the issue of inclusion of land Agricultural land in the economic cycle, while the question remains on the order of sale by auction of land of non-agricultural purposes.

Nicholas Nikiforovich considers it necessary to separate law to resolve the technical procedure and the procedure of land auctions and tenders by the adoption of the Law of Ukraine "On the procedure for land sales, which would not bind to the politically controversial issues of agricultural lands.

Currently Goskomzem prepared a bill which is being coordinated with other agencies and may be on a tight schedule submitted to the Verkhovna Rada of Ukraine.

The adoption of this bill will achieve two important objectives: to simplify entrepreneurs access to land on competitive principles with a minimum of corruption risks and to ensure the filling of state and local budgets for the funds that will accrue from the sale of land plots of state and communal property rights and transferring them to use.

relations, because it is in the land registry imposed solution to cover all units of land ownership, only on its basis by the real guarantee of rights to land, it is in the inventory by land evaluation for fiscal and regulatory purposes.

Nicholas Kalyuzhny believes that the lack of an effective land cadastre system significantly increases the conflict-generating potential of land relations, as recorded in the inventory inaccuracy of the spatial characteristics of land makes it impossible for precise identification of land rights and a just solution of land disputes.

The modern state land cadastre in Ukraine is characterized by a significant number of problems associated with the uncertainty of the legal status of land cadastral information and the conduct of inventory, lack of accuracy and completeness of the existing land cadastre information, an almost complete absence of registration data with respect to restrictions on land use, lack of automation and computerization of cadastral -accounting procedures, lack of documentary status of the electronic inventory data, etc. Continues to be debate on granting the right to conduct a land inventory to local authorities.


Adoption of the Law of Ukraine "On State Land Cadastre", which should be addressed procedural and procedural aspects of the components of the cadastre (in particular, cadastral zoning, cadastral surveying, cadastral identification of land plots), the procedure for correcting errors in inventory data, the legal status of electronic records automated system conditions with respect to publicity and access to inventory data, while preserving the confidentiality of personal information, rules, registration restrictions in land use, the orders of industrial inventories and interaction with national geospatial data infrastructure, etc., should be, according to Nicholas Kalyuzhny, a strong guarantee real guarantee of rights to property in Ukraine will help to protect the land rights of citizens and business entities.

Legislative initiative of deputies of the Verkhovna Rada of Ukraine, until recently, not so much directed at resolving the organizational and legal aspects of land and cadastral activities, but rather on the redistribution of authority to conduct a land inventory in favor of local governments, which can lead to complete loss of public authorities control over the state land relations in the localities.

According to Nikolai Kalyuzhny, "Currently Goskomzem finalized the draft law" On State Land Cadastre, the adoption of which would ensure the efficiency, integrity and transparency of state land cadastre system, and the equal and unhindered access to the inventory data of all stakeholders in land relations " .

According to Mr. Kalyuzhny, "the issue of lifting of the moratorium is overly politicized, and can not be solved over the years, which leads to the accumulation of a significant number of problems in agriculture, in particular: control optimization of agricultural land tenure and use, inability to improve the technological conditions of use of agricultural land due to unsustainable the size of landholdings, overlapping of, inclusions of other owners of small plots of land in tracts of farms, etc.;

concentration of most of the agricultural lands owned by the least economically active rural population (pensioners and those approaching retirement age), does not have adequate professional knowledge and capability to engage in agricultural work;

blocking the processes of creation krupnotovarnyh farm market type in terms of integration of Ukraine in the COT dramatically reduces the competitiveness of domestic agriculture in world markets;

reduction of investment attractiveness of the agricultural sector, which is associated with an increased risk investment due to the inability of mortgage lending to agriculture under the pledge of land plots.

Nicholas Nikiforovich considers it necessary in the shortest time to develop and adopt a bill on land market, whose main purpose should be the correction of errors of land reform and the creation of organizational and legal prerequisites for agricultural development as a strategically important sector of economy of Ukraine.
Communicated Victor Kovalenko
www.zagorodna.com
© Protected by Law "On Copyright". Active links is required. "

Subscribe to our newsletter
Back to top
Your comments:
Your opinion will be the first. Thank you for reading this article. I wish you happiness! Please share your opinion in the comment below.
How to buy land?
more
How to determine the quality of the land plot?
more
Does Ukraine really get free land?
more
What reforms are needed on the ground Ukraine?
more
Who has the benefits of paying for the land?
more
Sign
Registration   Forgot password