Named the best cottage villages, the 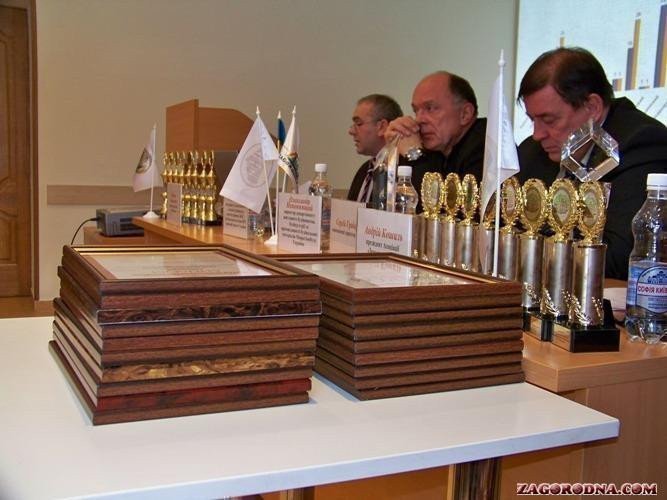 Related article: That can endure through the window of your apartment?


Market analyst residential and suburban real estate, so sounded theme business of the meeting held on 24 February and organized by "RealEkspo.

Her on the topic: "The market of new buildings in Kiev-2011" made head of marketing and research at Knight Frank Natalia Pronin. She talked about the situation in the residential property market in Kiev, as of today, we define the vectors of development and make predictions.

Director of consulting company "RealEkspo, head portal Zagorodna.com Victor Kovalenko told in detail about the situation, trends and forecasts in the market of new buildings and suburban cottage villages in Ukraine.

In a short speech at the event, the deputy chairman of the Committee on Construction, Urban Development, Housing and Regional Policy parliament, MP Yuriy Serbin.
Yuri Sergeyevich in a short speech, spoke about the situation on the Ukrainian construction market and the primary real estate market, pointing to the decline in vstroitelnoy industry, in the unsettled legislation. He also on behalf of the Verkhovna Rada Committee thanked Victor Kovalenko for organized event and appreciated his efforts to promote the real estate market to the civilized state.

Minregionstroy Ukraine on behalf of Acting First Deputy Minister Anatoly Vsevoldovich Golden Eagles officially acknowledged and appreciated the merits of "RealEkspo" to develop modern Ukrainian real estate market. Due to the analyst company RealEkspo, the Ministry receives an objective assessment of the market-town and residential real estate in Ukraine.


Feb. 24 at the exhibition center "ACCO International" company "RealEkspo - organizer of the Third All-Ukrainian contest of the independent" Housing-2010 "summed up the contest and in a solemn ceremony held an official ceremony of awarding the participants of the Competition.

Opened the event director of consulting company "RealEkspo" Victor Kovalenko. He welcomed participants and guests from numerous media and wished them success in this difficult field.

Next, Victor Kovalenko, introduced the members of the jury, which for 3 weeks were evaluated works submitted to the contest.

Chairman of the Board of Directors of UBA Lion Partskhaladze;

President of the Association "Land Union of Ukraine Andriy Koshil;

According to director of consulting company "RealEkspo Viktor Kovalenko to participate in the competition were allowed 9 construction companies in Ukraine in Kiev, Donetsk, Kiev region, Sevastopol. It's 2 new buildings, in which only the construction of nachos, 3 built new buildings and a company-builder.

After that, Mr. Kovalenko detail oharkterizoval each project or company, participate in the contest, spoke about the methodology of estimating the contestants. Read more about this on our website.

Finally came the climax, and Victor Kovalenko announced the results of the Fifth All-Ukrainian Competition of the independent "Cottage town-2010":