Media mogul Turner called the largest landowner in the U.S. 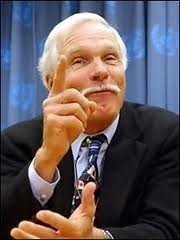 Media mogul Ted Turner was named the largest landowner in the U.S. magazine Forbes, unveiled Tuesday in the U.S..<br /><br />He owns 15 ranches, or 2 million acres in New Mexico, Colorado, Montana, Nebraska, Oklahoma, South Dakota, Florida. It is nearly eight thousand square kilometers.<br /><br />He also owns the largest ranch in the U.S. - Vermeyo park, lying in New Mexico at 2.4 thousand square kilometers.<br /><br />Turner is known internationally as the founder of many media projects, including the television station CNN, as the initiator and main sponsor of the Goodwill Games, as well as the former husband of actress Jane Fonda.<br /><br />Investment in land brought him a whole benefits.<br /><br />"Turner has made money for CNN, and many of them lost at the confluence of Time Warner and AOL. Land is working on it most effectively. We commend his tenure at U.S. $ 1 billion, - informs Forbes.<br /><br />Open sources reported that Turner's loss on falling stocks and AOL Time Warner accounted for approximately $ 7 billion.<br />www.zagorodna.com<br />
Content tags: celebrity real estate
Did you like the material?