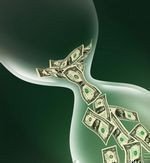 Sergei Krischuk, until recently worked in the Ukrainian office of Deloitte, he joined the company, "Immorent Ukraine" - a subsidiary of Austrian Immorent AG, where he was appointed managing director of leasing property and equipment.

In an interview with S. Krischuk explained that in this way "Immorent Ukraine has completed the formation of leadership, which today consists of two general managers, while the second director, Mikhail Merkulov, oversees the development of real estate projects, as well as acquisition and property management.
He recalled that "Immorent Ukraine is working on the Ukrainian market since 2007. This year is going to substantially increase its leasing portfolio, especially in real estate leasing.

According to him, more expensive resources in the Ukrainian market should greatly enhance its competitive position "Immorent Ukraine, which has access to cheaper resources by joining one of the largest financial market in Europe Erste Group.
"Immorent Ukraine offers a range of services, in particular, leasing and real estate development, control and administration of construction projects.
The company in 2007 to make a deal on transfer to leasing of commercial real estate worth $ 11 million, and in 2008 completed a second transaction. The company plans to increase its leasing portfolio in the current year to $ 100 million, in general, estimating the market of real estate leasing in Ukraine in 2008 to $ 500 million
Its parent company Immorent AG is among the three largest leasing companies in Austria and belongs to the financial group Erste Group. Since its inception in 1970, Immorent AG has undertaken projects for the construction of more than 3 thousands of industrial and office complexes.
S. Krischuk, born in 1974. In 1996 graduated from Kiev University of Economics in 2002 - Indiana University (USA). From 2004 to 2008. worked in the consulting company Deloitte.

Subscribe to our newsletter
Back to top
Your comments:
Your opinion will be the first. Thank you for reading this article. I wish you happiness! Please share your opinion in the comment below.
In Ukraine, is gaining momentum leasing real estate

more
Apartment leasing: at times more expensive than for Cash