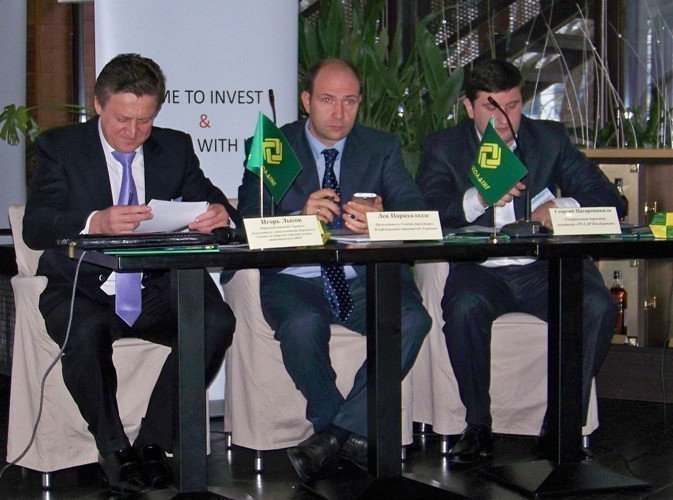 According to our correspondent at the conference "What real estate projects will be funded in 2012", organized by the Confederation of Builders of Ukraine in Kiev on Thursday, Leo Partskhaladze, Chairman of the Confederation of Builders of Ukraine said that the construction industry feels the effects of a serious crisis, which manifested themselves in lack of financing, buyers of investment. This is reflected in the presence of 3200 unfinished projects in Ukraine, 60% of which are frozen.

Leo Partskhaladze reported that the construction market was the "bottom" in January 2011, but still no growth. According to him, stabilization and improvements are possible after the "Euro-2012".

In his speech, Mr. Partskhaladze focused on the activities of the Confederation of Builders of Ukraine. Over 2011 Confederate forces trained 3 of the Act, one of which "On Urban Planning" signed by the President of Ukraine.

Currently, the Confederation of work on the draft Law "On the reconstruction of old housing stock," which will soon be referred to the relevant committee of parliament. In it, in particular, will be registered scheme of reconstruction and resettlement of residents, provision of industrial zones and hazardous industries outside the city limits.

Leo Partskhaladze said that at present all signed agreement with a number of ministries and agencies to simplify procedures for the transfer of land rights and the timing of the challenge. Thus, the new law will reduce the term discharge sites from 550 to 140 days; removed double procedures and unnecessary examination and approval, removed the first session.

Since the new year in 25 regions of Ukraine Confederation will hold seminars and outreach about the new law "On Urban Planning".

Subscribe to our newsletter
Back to top
Your comments:
Your opinion will be the first. Thank you for reading this article. I wish you happiness! Please share your opinion in the comment below.
What determines the cost of housing?
more
Hire purchase and discount real estate market
more
Who choose to live in apartments?
more
The main problems in new home buyers
more
Top 10 questions buyers of apartments in new buildings
more
Sign
Registration   Forgot password