Kiev possession of the family Chernovetsky 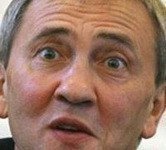 Family Kyiv mayor Leonid Chernovetsky famous not only for love of the road and luxury cars, but also considerable real estate in the center of Kiev.

Writes "Today," the mayor belongs to the family is not just an apartment, and doorways and even entire floors.

Related article: Chernovetskiy sells a house in Конча-Zaspa for $20 million.

Thus, for example in adhesive along the street fortress city districts, it seems, belongs to the whole staircase opposite the house officers.

From the courtyard it is closed dark glass, while behind bars, as the legend, you can see a white Rolls-Royce with a black roof and black Mercedes, which allegedly belongs to the wife of the mayor.

According to a neighbor Anna Chernovetsky have lived here for 8 rokiv. On the street Limes fortress

"Leonid and Alina Stepanovna rarely seen, and of the son of a daughter more often. It is surprising that even the servants do not go to the store - products brought in by the order, and the whole machine," - said Anna.

According to another neighbor, Michael, the mayor's family with no one talking, and always comes with protection. But people see in this neighborhood and pluses - say, a farmstead was very clean and the tram does not go. At vul.Lva Tolstoy

"It is said that on his (Chernovtsy), please Omelchenko took the tram to not make any noise," - said the neighbor.

At vul.Krasnoarmeyskoy but, according to Alexander Omelchenko to the fact that the tram stopped walking Chernovetsky no relation imeet.Soglasno with telephone directory Chernovetsky LM and Aivazova AS prescribed in Lva Tolstoy. But neighbors say the family left in 2000.
On the boulevard Leci Ukrainka. 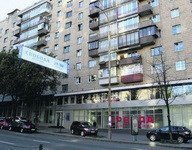 "They had a one bedroom apartment We are mindful of Leonid Mikhailovich and the entire family. He had been a people's deputy, but as a neighbor, he was invisible - no one talked, and not even said hello," - the neighbors said, adding that this apartment is rent Chernovetsky rent.

In addition, the directory is listed on the mayor's family noarmiyska, where "Pravex-passage". He now rent for offices, shops and a solarium.

In shops, as the publication, confirmed tenants in Aivazova for $ 65 - 100 per square meter.

Home Training Center, real estate in Lesya Ukrains the number for the wife of the mayor. There she is the entire first floor of the house, where there are two elite salon furniture, travel agency and the company selling flooring.

Furthermore, as we know, Chernovetsky has a country house in the Training Center. Incidentally, this plot in the village of Kozin Obukhov district, where is the mayor's house, then in his declaration, as well as offices in Zhitomir, and a house in Kirovograd. Other domains in the mayor's declaration no.