Insurance covers only the risk of bankruptcy of the developer 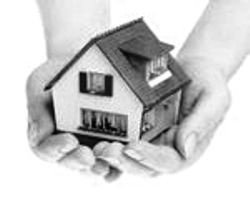 Natskomfinuslug changed approaches to liability insurance for builders. Suggested that citizens who have invested money in construction, received insurance indemnity only in case if the building was not put into operation due to the bankruptcy of the developer. Such an amendment will minimize the chances of obtaining compensation in case of delay in commissioning, experts believe.

Нацкомиссия, carrying out state regulation of financial services markets of Ukraine, released a revised draft law on the introduction of compulsory liability insurance of developers. The insured amount should cover the amount of their obligations before the investors, and the insurance rate will be set by the insurers themselves. In one of the previous versions of a document, the Commission recommended to fix a rate for 0.5-2% from the insurance sum. However, at the end of October, the Deputy Director of Department of methodology, standards of regulation and supervision of financial institutions Natskomfinuslug Vladislav Жигинас suggested that the maximum insurance tariff will be 3%.

Beneficiary in case of insured accident prompted to make the investor, whose funds are attracted for financing the construction of any legal way (for example, through the construction financing funds; FSF). Although in mid-October, the Commission proposed to transfer the insurance indemnity in favor of the company, the management of the FSF. And investors have entrusted their money to the FSF, could count on the return of the funds invested no less than a year after they are received on the account of the management company. Such a mechanism has been criticised by the market participants, and abandoned it.

The main difference between the released document from previous versions is that the insured are determined not to transfer the developer investor housing after the planned date of putting it into operation only in the event of the bankruptcy of the developer. The insurance contract must act for at least 12 months from the date of the scheduled term of commissioning of the building, but it has a maximum term is not specified. Thus, if the insurance contract is signed for two years, and the bankruptcy of the developer began, for example, a little over two years after the violation of the terms of construction, investors will not be able to receive the insurance payment. Previously insured also offered to attribute the discrepancy of the technical characteristics of the terms of the agreement or requirements of state standards, as well as lack of technical documentation (passports, certificates, guarantee documents).

Participants of the market consider, that in case of adoption of the document, the chances of getting compensation from clients will be minimal. «Bankruptcies of construction companies are extremely rare. In recent years, despite the fact that the situation in this market is difficult, bankruptcies was not»,- noted the Director of development projects development company «Stockman» Sergey Ovchinnikov. The procedure of bankruptcy of the developer may begin a few years since the introduction of problem construction sites. For example, the Scam of the group of companies «Elite-centre» was revealed in February 2006, and the procedure of bankruptcy of one of the developers, CJSC «Б.І.К» - began only at the end of 2008.

Interest insurers to this type of insurance low: underwriters difficult to assess the potential risks of insured accidents occurrence of which directly depends on the actions of the insured person. «And although the document provides that the insurer has the right of a subrogation claim against the Builder, however, the bankruptcy procedure in Ukraine may take several years, and therefore money, the insurer is unlikely to receive»,- explained the President of the League of insurance organizations of Natalia Hudyma.
Content tags: Insurance
Did you like the material?

Subscribe to our newsletter
Back to top
Your comments:
Your opinion will be the first. Thank you for reading this article. I wish you happiness! Please share your opinion in the comment below.
Proper property insurance - security deposit

more
Why should property insurance?

more
What to do if you, or you flooded?