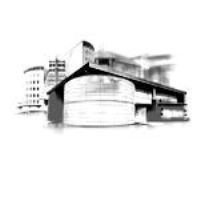 Increasing competition in the housing market causes an increasing struggle for buyers of apartments in the future may affect the growth of marketing budgets for developers. In addition to the correct positioning of the objects, developers have to spend money and creative channels to promote their offers. This was the conclusion reached at the CEO Networking Dinner 2013.

As analysts, 2010-2012. include a period of stability of the residential real estate. Prices in the primary market has leveled off. Prices remained more or less stable in all segments. The secondary market experts trace the gradual surrender - Apartment-"Barchelor" panel houses and hruschevke increasing competition are new economy class. Accordingly, the price dynamics of the secondary market shows a negative trend.

Related article: All the bureaucratic risks now borne by the developer

According Yaroslava Chapko, managing director of Knight Frank, in recent years, competition in the market has increased substantially - a large number of new projects, mainly in the segment of economy and business class. Therefore, the developer is very well suited to the development of new housing - takes into account the current and trying to predict the future trend of demand. In economy class offer today closely follows the current demand in terms of quality parameters: a large number of small-sized construction and one-and two-bedroom apartments that are most in demand.

In business class, according to experts, the situation is slightly different. "New buildings are mainly projects that started before the crisis, respectively, are still in the market is a lot of objects with excess area of ​​apartments. New projects, which entered the market in 2012, and will be released this year, have already taken this feature demand and oriented to the area and the most liquid balance flats "- says Yaroslav Chapko.

As noted by Michael Petryshyn, CEO Ektornet Management Ukraine, a key factor for developers currently remains the establishment of an effective strategy and sales channels, to realize the potential of the domestic pricing a property to sell in the range of up to 10% percent of their value.

Experts predict that this market will gradually increase the share of projects Budget, as the most active demand is concentrated in this segment. Given the macroeconomic forecasts of development of Ukraine, significant changes in the parameters of the demand should not be expected in the next 2-3 years.

more
The crisis has created a new format of residential complexes