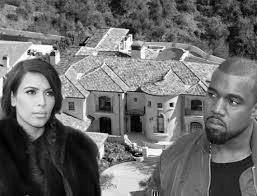 In the Valdai put the house up for sale of Russian film and theater actor, People's Artist of Russia Alexander Abdulov. The house sold for 5 million rubles., RIA "Novosti" with reference to the site valday.com, which placed an ad to sell.

A two-storey log house even had time to go down in history - it has some movies starring the Next and "Loser." The house is located near the city center and the reserve of Lake Valdai. In addition to the house is sold the land to 20 acres. Abdulov started building homes in 1998. Construction progress he controlled himself. Inside the house - six bedrooms, two large living rooms, kitchen, heating, fireplace. In 2003 at the cottage Abdulova fire occurred, but no one was hurt.

Related article: Anna Kournikova did a discount and sold the house

A two-storey country house of 200 square meters. m an artist's widow Sarah sells for three years. She even had to lower the price of the house from 8 to 7.5 million rubles.

According to neighbors, to live outside the city actor always dreamed of and wanted my daughter grew up in nature, but the wife did not share his views. Julia was in the Valdai only a few times, including twice - after the funeral of the actor.

After his death in 2008 Abdulov wanted to buy a house Valdai administration and make it into a museum artist. But the money for the purchase was not found.
www.zagorodna.com