Housing estates in the prestigious highway have become cheaper 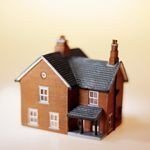 Decreased by 11% over the last year the average price of cottage settlements in traditionally prestigious areas of Moscow region. But do not think that the developers have moderate appetites. The main reason is the growing share of economic housing in these areas. Most of the new settlements being built here now for the 50th kilometer from Moscow, where the average cost per meter is considerably lower than near Moscow.

As noted in www.irn.ru, the last year (with the II quarter of 2010 II quarter 2011) the number of cottage settlements in the suburbs, which provides electricity and gas rose by almost 14% from 276 to 314. This means that along with the recovery in demand in 2010, the volume of deals in the most sought after segment of suburban housing in the suburbs began to grow again.

According to "market research cottage villages near Moscow for 2010-2011", significantly increased the number of objects in low-cost areas near Moscow. During the year the number of organized cottage settlements here has increased from 81 in the II quarter of 2010 to 99 in the II quarter of 2011, nearly 22%. The leading positions are occupied by Simferopol highway with 37 objects in the sale, as well as the Yaroslavl and Kashirskoe - 20 and 17 villages respectively.

The choice of villages grew and in traditionally prestigious road in the spring of 2010 there were 195 facilities, and by the summer of this year, the number of settlements increased by about 10% - up to 215. Of these 66 villages are situated on the popular New Riga, the second and third place is occupied Kyiv (38 objects) and Dmitrovskoe (34 objects).

Ratio of cottage settlements in traditionally prestigious and less prestigious areas remained almost unchanged for the year: 70% vs. 30%, respectively. Although the differences in the cost of cottage housing in these segments declined slightly. According to the analytical center "Indicators of housing market", in II quarter 2010 average price of a meter, including the cost of land in the settlements in traditionally prestigious areas was about 95 900 rub. And at less prestigious highway - about 42 000 rub. Or 2.3 times cheaper. A year later, the price difference has decreased to 2.1 times: 85 600 to 40 100 rubles. respectively.

The reason lies in the fact that last year the average cost of a meter in cottage settlements in traditionally prestigious areas declined more than the less prestigious road. This was a consequence of increasing the share of cost of housing in the more expensive segment of the market of cottage.

For example, in Novorizhskoye highway, where the approximately one-third of all settlements in traditionally prestigious areas, for the year was received on the sale of 17 new objects. The average price of a meter in these villages in the II quarter of 2011 amounted to about 50 500 rubles. For comparison, the average price level in the townships, which came to market in the previous periods have not been sold out by this summer, in II quarter 2011 was 102 300 rubles. per square meter. Double the price difference is due to the fact that most of the new settlements (about 71%) is located at 50 kilometers from Moscow.

Increased percentage of cost of cottage housing in Novorizhskoye highway led to an average cost per meter is down by almost 15%: from 107 300 rub. in the II quarter of 2010 to 91 800 rubles. in the II quarter of 2011 This is according to "Market Research of cottage villages near Moscow for 2010-2011". And since one third of the highway Novorizhskoe villages located in traditionally prestigious areas, lower average prices for the New Riga led to a negative correction of the average cost of a meter cottage housing in prestigious areas in general.

According to the results of marketing research, a stable price level remains at less prestigious road, where the average cost of 1 square meter cottage housing a year is held at 40 000 - 42 000 rubles. According to analysts, this is due, firstly, the constant demand for low-cost supply of country houses. Second, the absence of severe price movements at the Simferopol highway, where implemented, approximately 37% of all villages in the less prestigious areas. The average cost per meter of suburban housing on this road in the II quarter of 2011 amounted to about 31 100 rub., Whereas a year ago this figure was 32.8 thousand rubles.

To date, the lowest price level in country houses in the suburbs. The most expensive towns, as before, are offered on the ruble, where the average price of 1 square. m is about 153 000 rubles. and the cost of houses - about 94.3 million rubles.

For more information about the specifics of individual areas, as well as projections on the dynamics of a country market as a whole and its individual segments of the analytical center "Indicators of Real Estate Market" provides a framework of investment consulting.