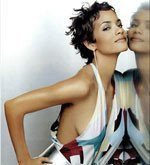 The famous actress has exposed for sale by its Californian mansion for $ 5 million
House total area of 211 sq. m has two bedrooms and two bedrooms. It also has a spacious terrace with dining area and spa. The house is adjacent plot size of half a hectare.

The mansion was built in 1948 and subsequently rebuilt. The actress bought it in 2001 for $ 2.3 million, reports Real Estalker.

Related article: At home, in which the «Beatles» had a childhood, will be protected by the state


Halle Berry - American actress, who played in such films as "X-Men", "Gothika" and "Catwoman." She also performed the role of James Bond's girlfriend in the film "Die Another Day, but not now." Berry is the winner of four Academy Awards and several other awards.
Real Estalker