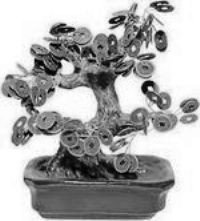 Given the energetic influence of forces of Feng Shui, a special attention was paid to the sectors of your home, where fall vital facilities such as a front door, bedroom, study or work in the office, as well as facial area apartment with large windows in the house. You can also take note of the direction of the basic everyday movements (from home to work and back). If possible, try to focus its activities in areas with good effect. Recommended means of correction will help reduce the impact of unsympathetic energy and impact of favorable.

The timing of the Chinese New Year on the millennial solar calendar - February 3, 2013. This is an important moment of change, the basic energies and energy transfer intangible forces of the Earth. Annual Star Feng Shui arrive to the house from different directions and largely determine the energy of the space in the home throughout the year. Knowledge of the nature of the impact of stars allows us to be ready to change and make their home in the necessary changes in order to increase the impact of favorable forces and neutralize the adverse effect.

Of course, Earth Luck particular home is not limited to the influence of only one-year stars. Feng Shui of each house is different, and this is the subject for a full analysis. Result of the impact of annual stars at various sites will be different-sized, however, their influence is always quite considerably.

The figure below shows the general scheme of Flying Star in 2013 and the Annual alignment of Qi Men Dun Jia (note that the south is at the top). Try to put the scheme on a plan of your house or apartment (of course, given the compass direction), and you'll see in any sector of your house fly "stay" one-year star, and placement on the disposition of annual statements of Qi Men Dun Jia.

So, in the new year in the central sector of each house flies one-year Five-star yellow. This means that all the stars will take their annual "home" location in the Lo Shu square. Five of the center in its place, as head of all other stars. A recognized master of all is merciful to his vassals. Troubles and problems that every year promises Five by activating certain sector, taper off, which is not bad.

South. Like last year, the South is full of contradictions. On the one hand, annual Southern Star Nine-violet - favorable in the current period, the star, which promises good luck in the future, the glory and empowerment. On the other hand, the alignment Geng / Gui promises a clear perspective of the present. Success awaits those who can see beyond the barriers of the source, a new perspective. It is important to remember that the current failure - it's just a stop, the ability to think, to change tactics, direction. Looking at the situation in a new way, you can see the forest for the trees and out of the defeat of the winner, to turn the situation to their advantage. It happens: a blessing in disguise.

I note that the South-2 (Central South) will be the site of a flower, the romance, so strengthening this trend will increase your chances of success with the opposite sex and your social demand.

Nine has the ability to enhance the aspects that interact, so everything will be a little exaggerated, sharp, noisy. Say, your problems may suddenly become the property of the public, and it is not very nice. On the other hand, the negative PR - is also a PR, and from it we can extract a good profit. In short, a very creative position (smiley).

South West. In the south-west of the disease arrives star Two-black. Traditionally, it is recommended to meet this guest active preventive measures. Worth trying to get ahead of the disease and the spirit to be tested in advance, to find the best way for themselves ozdoravlivaniya body, in general, to engage seriously in the life of the Body. Of course, the spirit of the star can win back not only on the physiology, but also in other areas.

As an antidote to the adverse effects of stars usually use a gourd, in the modern version - metal vase with a narrow neck.

Spirit Tien Chiu (Ninth Heaven) and serious to Men Si Gate (Gate of Death) adjust to global change, that is, the simplest approach vitaminchiki going. At best, it is a radical change in lifestyle, avoiding harmful habits. The same should be done in the form factor and in all other areas. Such large-scale purification, the funeral of the old reality, everything that prevents you from living. Produces a large-scale view, no chance! (Too smiley).

West. West becomes a temporary refuge for militant Seven. This star has traditionally been associated with aggression and strife. Ideally, therefore, the Western energy use that is in a fighting spirit: for litigation, the capture and punishment of the perpetrators, find the missing, to establish the causes of violations, etc. Consequently, the more the star will benefit people in the military, employees of law enforcement agencies, inspectors, lawyers, psychologists. West picture will be relevant to all who are to control check, audit, inspection, etc.

In addition, the gate alarms are related to the supernatural, and many Westerners would be an obvious interest in the metaphysical realms.

Well, a certain category of "Western" decent citizens spend in the depths of gaming and entertainment.

However, a notable waste (energy, money or time) will have all the Westerners.

Traditional means to neutralize the negative impact of Seven Stars - 3-4 bamboo plant in a glass vase with water.

North West. In the north-west lodge Six white. In general, the Six is ​​quite favorable star-giving wealth, achievement and leadership. In the current period, though the star is considered acceptable, but, nevertheless, belongs to the category of untimely. In this connection, the Six can have negative symptoms - excessive rigidity and severity, excessive organization, the coldness, the tendency to solitude. In more star favors soldier people, government officials, people of older generations. Discipline, commitment, serious and responsible approach, the value of experience, integrity and honesty as the best manifestation of the Six will help you to be in harmony with the star of the north-west.

Six illustrates the divergent manifestations and the picture of the year. The balance of "harmonious encounter with the Blue Dragon" gives an opportunity to act in all directions, start a business, get a good profit, a significant advance in training, harmony in relationships.

But there are negative features: alignment of the name "White Tiger furiously raging" speaks for himself: An active star Tian Rui disease is also associated with a variety of issues. In addition here in the northwest is still home to the conflict star, challenging Duke this year. In order not to provoke a clash of the year (the Snake conflict with wild boar) beware activate zone northwest-3 (one third of the north-west, adjacent to the north).

Feature of the north-western situations will be some half-hidden, behind the scenes, hidden agenda, accordingly, the lot north-Westerners - the element of surprise or honing their own skills of weaving thin lace secret intrigues.

North. Unit-white becomes mistress of the north. In the current period is considered auspicious star unit, traditionally-giving intellectual and spiritual mobility, travel and money. With this star also link some updating, a new period in his life. In the year of the Snake unit will not be set for expansion. Energy tend to lean to rest, seclusion, shelter and concealment, strengthening defense. Perfect for a secluded research, reading, and get-togethers with other TV. In general, the north is good to be at home in a cozy protected hole. But the journey to the north, most likely, will not bring good luck, because the guests here are not welcome.

Harmony in relationships supported by the spirit of Liu He, who welcomes the extensive contacts, communication, mediation activities.

Alignment and / Dean can get a good result from a variety of things, but especially favors the exams and writing of written texts.

The only negative - year sha robbery. Try not to drill the wall in the position of the north-east-3 and do not dig on this side of the house.

Support beneficial energy sector can be an added attraction elements of fire and earth.

Gates of Destruction and sha disasters warn against injury, illness and troubles arising from the relationship.

Alignment Ren / Geng said the possibility of a just punishment for the offense, the ability to determine who is right and who is wrong, therefore, prestuplenitse still expected (two smiley).

The same bows and star Robber Tian Peng, who always wants everything at once. Actually, it gets - just a lot of good or bad things at once.

This is a good option for those who are engaged in the collection of debts, the recovery of damages, who by the nature of its activities has the ability to make big profits by using the troubles and problems of others (yes, someone loses and someone finds selyauzhvi).

To direct the aggressive nature of the Troika in a constructive direction traditionally recommended to add to the sector in the element of fire.

And do not forget about one of the three balls - keep active in the east of repair work, especially in the central part of the sector and not dig on this side of the house.

South East. Four-and-white star returns to his abode - in the south-east. Four students have traditionally supported and actively developing, artists and lovers. But there are downsides. In the current period the star of season, so it has a lot of side effects - love of suffering, sexual excess, unnecessary drama, too flowery or a strange expression.

Operators southeast alignment of incline in 2013 to indirect contacts hidden, secret activities or avoiding contact. Situations such as the wind, the shifting and sometimes misleading. In general, there did not seem to be clarity and certainty. Apparently, such is the nature of the Snake - likes to creep and crawl away quietly (place Snakes - southeast-3).

The best position will be those who know the secret passages, and others can get lost. This is all the more likely, because here in the south-east-1 will be one of three balls, which can manifest itself in a noticeable delay cases (traditional prevention - do not drill the walls in this location and do not dig on this side of the house).

True, the activation of the same sector in 2013 will help in matters related to real estate, because there will be a star, "a year-long real estate."

It is essential that in 2013 South East remain the seat of the Tai Sui or Grand Duke (SE-3), which is also called the Lord of the year. Grand Duke decided to give every respect. Try not to sit with his face in his direction (that is, a person in the south-east), because that way you challenge the Grand Duke and may incur his wrath. Location of the Grand Duke is not recommended strongly disturbed.
www.zagorodna.com

Subscribe to our newsletter
Back to top
Your comments:
Your opinion will be the first. Thank you for reading this article. I wish you happiness! Please share your opinion in the comment below.
How to choose the right land for building a house
more
Feng shui is a country house
more
Feng Shui Symbols for all zodiac signs in 2016

more
Forecast for 2014 by Feng Shui