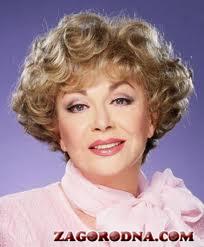 The authorities concluded that the free land from the city too little, and wishing her to get too much. In any case, someone will be offended. So you're better off not to give anyone the ground.<br /><br />The relevant law comes into force in mid iyunya.No city finally decided to make a gift of three well-known St Petersburg. The 12 hectare on 2 nd street in the village of New Repino received: singer Edita, conductor of State Academic Russian Orchestra. Andreyev, Dmitry Khokhlov and head of Metrostroi Vadim Alexandrov. The ruling said that the sites allocated "for special services to the Russian Federation and St. Petersburg."<br /><br />- Officially, has not formalized, - told "Komsomolskaya Pravda" Edita. - I was told that this is a long bureaucratic procedure. In the near future I'll go and see plot. I do not like the city, with its dust, loud noises and live in his house in horticulture. Acquired two of 6 hectare site, built a house. To start a new large building I must be born again. Such means I have not. Maybe with her daughter, think of something. All the same place by the sea. Perhaps it will be summer bungalows. It is too early to talk about something concrete.<br /><br />This year, members of the St. Petersburg Legislative Assembly did not choose Edita honorary citizen of St. Petersburg. Still, the originally recognized the merits of the singer.<br /><br />- Better late than never - a little sadly sighed popularly favorite artist<br /><br /><em>Komsomolskaya Pravda</em><br />
Content tags: celebrity real estate
Did you like the material?