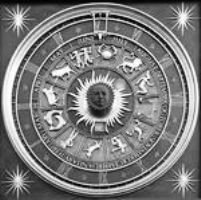 Biggest full moon in 19 years come March 19, 2011. On this night the moon will appear 14% longer and will be much brighter than usual. Previously it was thought that with such a natural phenomenon when the moon is so close to Earth's distance, the world is undergoing various upheavals and natural disasters. Is it possible to correlate the influence of the Moon, and events in Japan: Scientists are looking at this with some skepticism.

In the last lunar perigee accountable for themselves natural disasters - an earthquake in Indonesia in 2005, a flood in Australia in 1954. But scientists say that a logical chain between these events hold no worth. John Bellini, a geophysicist at the Geological Survey of America (US Geological Survey) said: "A lot of research has been presented on this topic. But nobody could find any concrete facts from which it would follow that these events are related. "

Seismologists from around the world say that the earthquake has happened and is unlikely in the next few days there will be any more natural disasters. But, armed with a telescope, you can see the moon close as ever.