Belgian king bought luxury apartments by the sea, the subjects are indignant 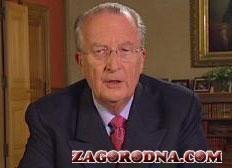 Belgian King Albert II has acquired recently at the fashionable resort of Ostend, Belgium, two apartments and three garages, which cost a total of about 2 million euros, announced on September 17 channel VTM.
TV correspondent spent the whole journalistic investigation and, as they say, with my own eyes have seen the official documents for the acquisition of property by the Belgian monarch.

According to their information, the total area of the new king's property in excess of 500 square meters.


Apartments, as journalists say, belong to the suites, decorated with precious materials and furnished with designer furniture.

Just a week ago, the Belgian press was full of reports that the Belgian royal couple had bought a villa on the Mediterranean coast of France, which caused the indignation of their subjects, many of whom are experiencing difficult times due to global economic crisis. However, the Royal House denied the report. 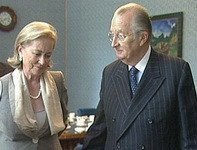 And in mid-August, the Belgian public was excited about the information that King has acquired a new 27-meter yacht for 4,6 million euros. This post office protocol King then had no comment.

According to the year 2008, the contents of the Belgian royal family costs the taxpayer each year 13.858 million euros. Of these, 10 million euros is for the maintenance of the royal court and donations Albert II, about 1 million euros receives Crown Prince Philippe and just under 1.6 million euros - Queen Dowager Fabiola.
Content tags: Overseas property Property politicians
Did you like the material?