Antonio Banderas will build a hotel for "wine" tourists 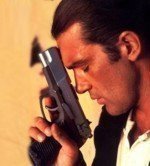 <div style="text-align: justify;">The celebrated actor intends to reconstruct its newly acquired winery in Spain.<br />As stated Banderas told the Spanish newspaper El Mundo, he intends to organize this conference and other special events, as well as to develop a wine tourism. In addition, it expects to increase the productivity of the wineries with 600 thousand to 2 million bottles a year, said 4Hoteilers. Specific plans for construction has not yet been disclosed.<br /><br />Actor bought 50% shares of wineries are located in the town of Burgos Villalba de Duero in northern Spain. Now this object is an area of 250 hectares is called Anta Banderas.<br /><br />Antonio Banderas - the first Spanish actor, who achieved popularity in Hollywood. He played in such films as "Philadelphia", "Desperado," "The Mask of Zorro", "13th Warrior", etc.<br /><em><strong>Prian.ru</strong></em><br /> </div>
Content tags: Overseas property celebrity real estate
Did you like the material?

Subscribe to our newsletter
Back to top
Your comments:
Your opinion will be the first. Thank you for reading this article. I wish you happiness! Please share your opinion in the comment below.
Egyptian housing prices plummet
more
Prices for apartments in the Czech Republic are growing
more
The authorities of the Greek island are willing to pay families who settled there
more
What star property can you rent
more
More than 100 thousand Ukrainians live in the Czech Republic