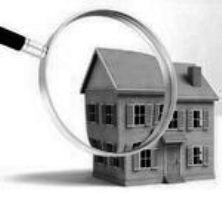 New procedure for evaluation of the property, which came into effect from 01 November this year, according to officials and the State Property Fund of individual ministers, intended to increase revenue Ukraine. Judge the effectiveness of the new rules is still early to assess , but there is a circumstance to which one should pay attention . It is that in any document prepared as a justification for the need for and desirability of introducing a new order of evaluation, in any interview in any other more or less official source, is not given any figures characterizing the forecast increase in earnings budget. Very untypical a situation : the scope of the reform , with an impact on the revenue side of the budget of the country , carried out without economic justification. One gets the impression that the economic impact of innovation is not counted in any SPF or in the relevant ministries . In this article we will try to correct the error and officials calculate the economic benefits that can give a new procedure for assessing property Budget of Ukraine.
Without going into the intricacies of professional activity appraisers consider only one segment of taxation, for the most sensitive population - real estate . To start form the main trends affecting the payments to the budget . Such areas can note two :

1. The amount of taxes paid to the budget of taxpayers - individuals with real estate transactions .

Related article: Since 2011, all owners will know how much are their houses and apartments


2 . The amount of taxes paid to the budget and other funds by individuals as deductions from wages and other income.

One direction:
The amount of taxes paid to the budget of taxpayers - individuals with real estate transactions .

According to the norms of the current legislation , to November 1, 2013 for any real estate transaction determined by "market " value of such property . It is the " market " value derived from the transaction characterized income and, accordingly, was the basis for taxation. The exceptions were the sales transaction , when the selling price specified in the contract - the sale , exceeds the " market" value . In such cases, the tax base is the price specified in the sales contract . On November 1 as the minimum value of the tax base has been used other kind of value, namely " estimated " value of the property . What is the economic terms " estimated " cost , and what the parameters of this type of real estate value characterizes - nobody knows. What is known is that the " estimated " value - a value that is 10-15% lower than the "market " . This in one of his interviews, said the Chairman of the State Property Fund of Ukraine Alexander Ryabchenko . To doubt the veracity of the official of such rank , the more lead an organization that is a direct regulator of evaluation activity , of course, will not. That's just a question of filling the budget if the tax base is reduced by 10-15 %, therefore , decreases the value of contributions to the budget. And the tax base we have just reduced by the very difference between the "market " value and " evaluation ." With regard to cases in which the contract - the sale price listed above " valuation " , in this case, no change in the tax base does not occur. Consequently , we obtain 1 direction minus 10-15% of revenues due to change of value serving as the minimum tax base.
After all, has long been known that only "market " price reflects the real income that can be accessed by alienation of property . Using any other type of value necessarily lead to financial losses or the property owner or purchaser of such property , or the state, as a recipient of tax . As an example , we can recall the history Krivorozhstali . The fact that the specific assessment of the enterprise in the first stage of privatization has not received a special resonance . Therefore , not many people know that the privatization of the complex was not determined its "market " price , as other models include the privatization of state property. Privatization has been carried out so-called " standardized " estimate, made ​​in accordance with the " Procedure for determining the initial value of shareholdings " , approved by Decree of the same SPF number 105 dated 23.01.2004 , which has nothing to do with the "market " value of this property. How many did not get the budget from these " settlements " - written more than once, and repeated there is no point . Importantly, in its economic sense, said " standardized " score was just " predecessor " the same " appraised " value, which is today through the SPF Cabinet of Ministers trying to apply to the assessment of property for tax purposes.
From this we can assume that SPF officials are either unable to draw conclusions even from their mistakes , which casts doubt on the professionalism of this authority , or are deliberately introducing a system of payments of the tax base , which will lead to lower tax revenues to the state budget .

2 direction:
The amount of taxes paid to the budget and other funds by individuals as deductions from wages and other income.

As you know, every working person pays taxes on value of wages. And not just taxes. Also tied to wages and payments to social funds , including pension funds . If a person loses a job - it automatically stops and the corresponding payments . Obviously, the more people in the country are provided with work - the more money transferred to the budget and extrabudgetary funds. Prior to November 1, 2013 in the provision of valuation services were occupied more than 15 thousand people : this is more than 10,000 appraisers, appraisers and assistants , interns , Accounting valuation firms , secretaries , etc. After November 1 , most of these 15,000 people were without work. Consequently, they have ceased to deduct taxes and other mandatory payments . It is likely that some of these unemployed will appeal to the Employment Service , and the state will be forced to pay them unemployment benefits. At what point can the officials here to see the growth of payments to the budget - a mystery. Obviously, the direction and 2 we also observe minus budget . But the Ministry of Taxes and fees would not be difficult to calculate by how much reduced revenues from the termination of more than 3,000 business entities.

The result is that both the main areas on which would increase payments to the budget after the introduction of a new order of evaluation of the property , we have continuous cons. Since neither the State Property Fund , nor the Cabinet had not disclosed any calculations and studies sources of filling the budget increase by the application of a new order of evaluation of the property , there is no reason to believe that our study , showing a decrease in revenues, is erroneous.
Promulgated on the background of the draft budget for 2014 with a deficit of over 60 billion USD. , Rash decisions , leading to a decrease and so unstable revenue side, the look , if not foolish , then, at least , " economic sabotage ."
The only possible way in which such innovation makes sense and can be justified - if it is not about the state budget and the budgets of the various officials. Then there is no question about what exactly the " increase revenue " mean and why members of the Cabinet of Ministers to spit on the state budget revenues of the country.

more
Valuation of real estate will be 10 times more expensive

more
How to properly evaluate the site?