How to deal with the «lefts transactions» of the Agency of the real estate? 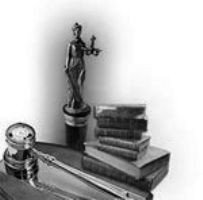 Create your estate Agency and establish the work of it is easy. Much more effort is required on the fact that it brought a stable income. One of the problems faced by the heads of the companies, it is the «left of the transaction» of the Agency of the real estate, which ultimately affects the profit, and on the firm's reputation. On this phenomenon portal Move.su had a talk with Alena Sell, Director General of the company «Triger Groups».
First of all, tell us, what is «left transaction»?


Give an example of such a transaction.

Let's say, a client comes to the realtor and asked if he could sell his apartment, put advertising, but for that he will be 2%, as required by the company, and 0.5% of the person and the higher of the amount which by the results would pay him company.

Why do some realtors are going to such a deal?

The reasons for this may be several. Firstly, the company initially can be a disadvantage, a small percentage, which receives agent. Secondly, sometimes affected by personal characteristics of a realtor, when he himself аферистичного warehouse. And, finally, there are situations, when a broker is already enough experience, there is a real estate database, and here, what is important is that used by the client. The broker has already worked with this man, they've already done the transaction, may be a good relationship, and then the client has already he wants to save.

If we imagine a situation, that the client is familiar realtor, who talks to him personally, and object - it, too, will be whether such a transaction is deemed to be the «left»?

An interesting question. All the same, it is considered that even if it is an object broker and there came to him a neighbor or relative, and used the resources of the company in order to help such a person, if it all took place in the working time - the transaction all the same «left». If the broker did it in their own time, then no.

Tell me, how widespread problem among the companies are today such transactions «past the cash Desk»?

In my opinion, today it is widespread among companies engaged in the «resale'. Among those who engage in expensive real estate, it is less common than among those who work with conventional housing. The problem of the «left deals», in the first place, is where the mass. In the companies of elite real estate objects little, they all in the mind, the level of control is much higher. In such transactions, operate large amounts, and decided to transmit them through the company-easier than through private real estate agent. In addition, it involved lawyers. Thus, it all comes down to a question of numbers, and a security question.

Retreating from the subject, I want to say that if a person is going to buy an apartment for $5 million. here is a question not of the «left transactions,» and what company would agree to work for a smaller percentage. But this is another story.

After some time the work of the agent are included into the «risk zone»? When he can start earning by the company?

I think that it is directly proportional to the experience of the agent. As soon as the person mastered and understood the system, scheme, etc., he could start the «levachev». I must say that this is a very great temptation for most brokers, not everyone is able to stand. All depends on the type of a realtor. If he does not want to develop as a professional, and wants to quickly earn money and go, " that this is the second reason. He had originally афестичного warehouse in this case. It is important not self-realization as a realtor, and personal interests.

And it can be that someone to teach in the company?

If the realtor «левачит», the «левачит» on the sly, or with people from another company, when different people have access to different databases of clients. Within the firm coalitions, as a rule, does not happen.

As identified in the company of a person who works «past the cash Desk»?

In any way. Until the accident that he did not find or someone doesn't give such a person may continue to work. Sometimes it lasts for years. If in the company of hundreds of people, then keep track of each of them is very problematic. In General, if brought the object, it may not reach of advertising - on it already will be 5-6 clients, who are in the queue.

You say, a realtor can come in a company, as originally configured on unfair work. How to identify and immediately cut off such people?

First of all, we should see previous experience, where they worked, why are gone, why want to work in this company. If a person is constantly changing places, moves from one company to another - this should alert you. Also if the broker for a long time worked alone, but then decided to get a job in a company must be a question - why?

And, perhaps, the main question: how to deal with the «lefts transactions» of the Agency of the real estate?

Today the market is arranged so that almost all agents work without wages. This component increases the temptation for a broker to go to work by the company. If the administrator pay the salary, a good percentage, compensate for the costs of transport, phone, etc. some people will cling to their place. In addition to these incentives, help incentives in the form of, for example, charters, career opportunities, additional bonuses in the form of objects, free training seminars - that is, any such reward for good work. All these measures should be supported by a good level of control.

What constitutes such control?

This means that the manual, for example, the head of the Department, in the course, where and what happens control for time control on the object. If a person is sitting on the payroll, he can be is to ask, if not on the payroll - it is difficult. I want to say that in order to make the «left transaction», the broker should be a lot of free time. If this is the time to track, then the risk will be lower. For example, the Secretary may call brokers 2 times a day, ask them where they are, on any object, etc.

With all clients must be contracted. If this is not possible, the sheets should be on viewing the object, which shall be signed by several parties and customers, and their masters. So, if for the month was 5 contracts, then you can some independent person to call on all, ask sold object or not sold, alive or not alive.

In General, I think that you must be a structure, which would be between the company and the client. Another thing is that there are companies are large, with very high turnover. There a few other policies, they do not have to think a lot about control, and gain more of realtors. I think that a big company can survive through turnover. In a small company more difficult to work past the cash Desk». There the people, they all in the mind. In General, each company determines its policy.

Which companies interested in the struggle with the left transactions»?

Or, for example, such transactions are trying to keep track of the small companies, which have recently entered the market, and which in addition reputation is important profit.

What do you do with those realtors who caught? Whether it means, that on a career in real estate, you can now put the cross?

If the rumour mill brought, then this one, if some other way got - it is another. Unfortunately, this does not mean the end of the career of such a broker, as the common base among the companies not only sarafan radio. Sometimes all know that someone in the Agency «левачит», but there is no proof, and the man may be a long competently to do it.

What could You say in conclusion, the readers of the portal Move.su?

Until it is perfected, the real estate market tempted to go to the «left» realtor the client will always be, as a person interested in the minimum costs. If the broker does the «left of the transaction», it does not mean that he is a layman. It all comes down to the fact that companies today are not fighting for their realtors. They need income by any means: due to the flow of small payments to brokers, the high percentage, etc. I think, if the agent to create normal conditions for work, he once again to think, before you start to work by the company.

Alexey Shmonov, General Director of portal about real estate Move.su, believes that the more people in the company «in sight», the less likely it is that they will commit transaction «past the cash Desk». «And it's not even that level of control above. The head of the Department, tightly communicating with each member of staff, in such a case may feel that something is wrong. In this case, the Agency of elite real estate, of course, have the advantages in large companies, oriented to the mass. However, if the broker careful and competent «cover their tracks», catch the hand it is extremely difficult».

Subscribe to our newsletter
Back to top
Your comments:
Your opinion will be the first. Thank you for reading this article. I wish you happiness! Please share your opinion in the comment below.
Buying an apartment in new building - the most dangerous
more
Installment of the apartment: pros and cons

more
You need to require the seller of the land plot?

more
How to devise