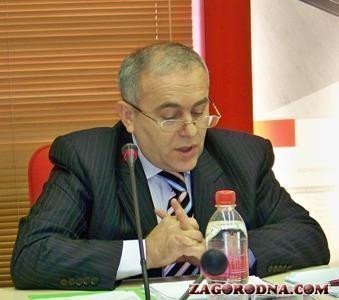 The real estate market of Ukraine - is a complete reflection of our economy, ie increase in property prices is synchronous with the improvement of the economy and vice versa.
In this review, the director of consulting company "RealEkspo Victor Kovalenko characterize the situation and market trends of new buildings and cottage townships in 2010 and will forecast the development of a country market in 2011.
Supply and demand
Victor Kovalenko said that the direct dependence of demand on supply:

"If the demand for real estate exceeds the supply, respectively, property prices will rise and vice versa."
Today we see how the real estate market "slumps", real estate prices are falling. Number of offers every day becoming more and purchasing power is as low - now is the reverse process.
Builders unprofitable freeze their site and each month they increasingly add to the objects the real estate market, which leads to lower prices.

In general, the market town real estate and new construction was characterized by recession.
The problems of suburban real estate market
Residential Real Estate has always been regarded as a second home, so in times of crisis, these objects have shown the most dramatic decline, and, therefore, discredited in the eyes of private investors.
Low incomes of Ukrainians as a result of low productivity, high cost of mortgages, galloping inflation, high cost of housing slow down demand, even today prices remain unaffordable for almost 80% of Ukrainians are in need of improving their living conditions.
The construction industry is slowly recovering from the crisis, being an outsider among many other industries.
"Lack of money, investments and investors from outside the bureaucratic coordination of the project in 3-4 years, lending rates by 25%, the arbitrariness of bureaucrats, seasonality segment suburban real estate, technology obsolescence erection of houses, lack of regulatory and legislative framework for the market of cottage townships, Policy Uncertainty power crisis in the economy - are the main causes of poor development of suburban real estate market ", concluded Victor Kovalenko.
Mortgages on real estate market
Recall that the number of banks providing mortgage loans in Ukraine makes 23 banks. According to the Ukrainian National Mortgage Association, the interest rates on loans as a range from 14 to 28% pa in UAH, loan terms - from 3 to 20 years with an initial contribution of 30-60%.
Speaking about the acquisition of real estate can not help noting the virtual absence of a mortgage in the Ukraine. The latter is so expensive that it regarded as a serious tool for real estate acquisition is unlikely anyone will. The average cost of a mortgage loan starts from an average of 23% per annum. And even at such rates as such loans are granted only 10-15 banks in the country, which negatively affects the level of demand and economic activity. However, lack of credit-empts the local market is soaring.

Market activity. Purchasing power.
Both indicators-lowest. Compared with last year - have increased.
Criteria for selecting the country real estate
Interests of a small home area of 100 sq ft, one-room apartment in a suburb area of 45 sq ft
On the second-stage construction: the object is delivered into service with the documents.
The third most important factor - the reputation of the seller - has remained unchanged.
The fourth most important criterion is the location of the house.
In fifth place - the presence of finishing in the apartment.
In the primary market to make a decision in favor of buying an apartment affect three main factors: the degree of preparedness at home, its location and price. The degree of preparedness at home is probably the most important condition.

In 2010, the buyers preferred the real estate economy class and land plots without a contract.
Statistics of prices and supply
In 2010, the year according to the company "RealEkspo and suburban real estate portal www.zagorodna.com market suburban newly published 34 new construction sites, representing 9.23% of the total. 46 newly frozen, that is 12.5% market share of suburban buildings.
According to Victor Kovalenko, "on December 21, of 368 new buildings 50% (184 objects) are located in the Crimea
Second place confidently takes Kyiv region with 127 new buildings, compared with 108 new buildings at the beginning of the year. An increase of 17.59% (19 buildings).
Third place in the Lviv region - 18 compared with 14 new buildings at the beginning of the year.
Average price of 1 sq.m in Ukraine as of 12/21 21,010 is 695 dollars. In comparison with January 2010 the value of the square fell by 4.54%. At an average cost per square meter lead Crimea 1701 (1821) dollars., And closes the list of Chernihiv region to $ 400 per "square".
It should be noted that the mean square value decreased by 5.18% in new buildings of the Kiev region and 1.68% in the Odessa region. And, in the Donetsk region price increased by 13% and in the Carpathian by 9%.
According to the director Victor Kovalenko, "the situation by region has changed dramatically compared to the beginning of the year. A total database of country real estate portal www.zagorodna.com at 21.12 in 2010 has 570 towns, compared with 538 campuses in early 2010. Growth amounted to 32 campus. Of the total 177 villages were built and put into operation (30.67%), 228 (40,0%), towns built and 165 (28.94%) villages were under the "project". Of 393 being built or planned towns, in 131 the town of construction of the "frozen", which is 33.33%.. "

As told Victor Kovalenko, the number of cottage townships championship in the Kiev region -263 campus, second place in the Crimean region (87 villages), third place in the Odessa region (74 campus). "

According to statistics portal www.zagorodna.com, the average cost of 1 square meter in the cottage of Ukraine as of 21/12 is 948 dollars compared with 1,121 dollars in January 2010. Drop since the beginning of the year was 15.44%.
According to Victor Kovalenko, "Statistics Portal www.zagorodna.com, the primacy of Kiev from U.S. $ 2,167 / sq.m (U.S. $ 2,493 / m in January, falling since the beginning of the year is 13.08%), second place in the Crimea from 1840 USD / sq m (2492 $ per sq ft in January, the fall compared with the beginning of the year amounted to 26.17%), and third place in the Mykolayiv region with $ 1500 / m (here the average price affects the cost of 2,000 U.S. $ / sq. m in the elite village "Pine Beach").
Victor Kovalenko, the following conclusion: "Prices are falling and suburban real estate will fall until the economy of our state is not stabilized and we have not come back investors from abroad. In the near future real estate prices have fallen slightly: not more than 1-2%. "
Transactions on suburban real estate market
Grand revival, which all summer had expected the domestic real estate market, with the onset of autumn has not happened. Transactions on sale and purchase of apartments continues to be the same low intensity mode, and price fluctuations are within 1%.
Transaction as before, will be the objects of primary and secondary market.
Marketing tools in suburban real estate market: Auctions at lowering prices by ARPA for the sale of houses in the town "Yasnі zorі; service trade-in -« rapid offset of old apartments to cottages in the cottage. Actively offer this service in the town of Park House.
Market players are widely used various marketing tools in the form of shares, discounts, rozygrashey, special conditions and bezprotsentnogo lending by the developer for the period from 0.5 to 2 years.
Victor Kovalenko said that "time of great discounts on the primary real estate market has passed, they can expect except that buyers who are ready to make 100% payment. The size of discounts on the average will not exceed 15%. "

Scenarios for 2011: Trends and Forecasts
Positive trends are incorporated in year 2010 will develop. First of all, grow wealth, and with it - the demand for real estate. "The demand for plots without a contract will grow at a slower pace, and the dynamics of demand for finished houses will increase", - predicts Victor Kovalenko.
According to him, "housing prices in suburban new buildings will be indexed within inflation."
"I think the market will show moderate growth, both in terms of consumer activity and the relative cost per square meter.
Forecast of demand and volume of transactions will be positive. My guess is that the level of transactions will increase due to "pent-up demand."
Must play its role expansion of mortgage programs. If we talk about the price of a meter, the mad growth, both in the pre-crisis years, is not expected. We will watch a small monthly increase in the value meter, slightly above inflation ", - said Victor Kovalenko.
"In the suburban real estate the most popular with customers will be conceptual villages with autonomous infrastructure at a small distance from the megacities. Sales will grow from those contractors who will offer facilities to fully prepared communications and infrastructure ", - said Victor Kovalenko.

In the regions of construction activity generally unprofitable, the positive margin is preserved only in big cities and resorts. If prices fall further, it will lead to loss of investment attractiveness of the construction projects as a result formed a housing deficit, which in a year - half lead to higher prices and the revaluation of real estate.
According to Victor Kovalenko, "one of the trends in 2011 will return to the real estate market of private investors. In the pre-crisis time every tenth object of the market town real estate acquired for investment for resale facility or lease. "
Victor Kovalenko said: "The new regulations in the field of urban development will affect the load on builders, may affect the market, which could lead to the entry of new projects with record-low initial cost and high yield.

Housing prices will not rise, while interest rates on loans remain exorbitant. Everything could change if the banks can attract deposits from the public for a longer period. At the same time, since the new year could resume foreign exchange lending. Since the anti-crisis law that prohibits it, is only valid until January 1, 2011.

The company "RealEkspo" note that in 2011 the growth of purchasing power will sharpen competition among developers of cottage settlements. In connection with illiquid projects gradually withdraw from the primary market "casual developers."


Director of consulting company "RealEkspo" Victor Kovalenko believes that there are all preconditions for falling interest rates on bank loans up to 12-14%, but possibly not before 2012. Cheaper mortgages, together with the normalization of the promised road-transport situation in the city and region should lead to competition between low-rise housing and urban real estate.

Victor Kovalenko
© Protected by Law "On Copyright". Link to this material are reserved
www.zagorodna.com