March 5 as part of business professionals meet the real estate market director of consulting company "RealEkspo" Victor Kovalenko made a report on the situation in the suburban housing market in Ukraine.

As of 01.03.2012, in Ukraine, according to the portal, there are 259 buildings www.zagorodna.com (without the Crimea). Over 2011 entered the market 68 new objects, which is 35.06% higher than in January 2011. The monitoring was conducted in 18 regions. Quantitative growth was due to new construction of the Kiev area (60 buildings). 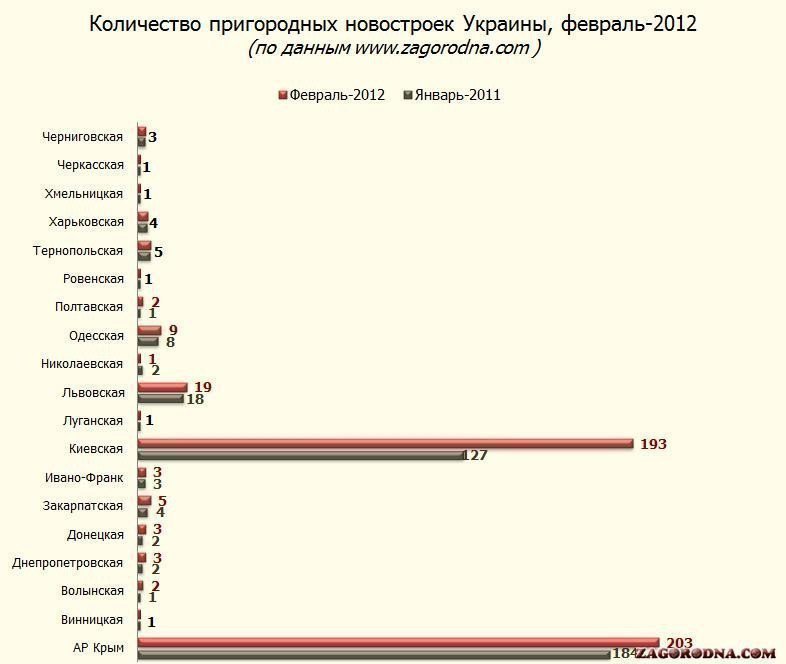 Of the 259 suburban buildings Ukraine 94 new buildings, or 36.29% were put into operation, 152 new buildings (58.68%) are under construction and sales, 13 buildings (5.01%) - are projected, reflecting the continuing crisis in the market Housing: no new objects are placed in perspective.

Of the 259 buildings in 32 construction is suspended, and that 19.39% of the total number of objects under construction and planned. This percentage has decreased in comparison with January 2011 and said the resumption of the construction market. 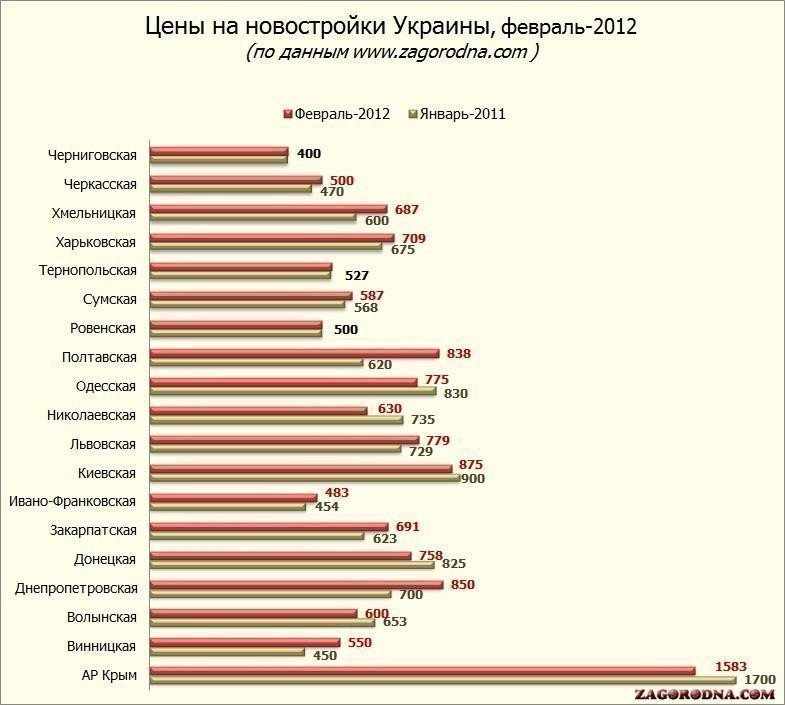 Victor Kovalenko, stated: "The minimum price for suburban buildings in Ukraine starts from $ 400 per square meter per Bobrovitsa Chernihiv region, and reaches a maximum $ 1,600 in the elite class apartments, located in the Concha Zaspa Kiev region.

At an average cost per square meter lead to the Kiev region of $ 875, and closes the list of Chernihiv region with 400 dollars for "square".

Victor Kovalenko said that "the average cost of a square in the regions of Ukraine decreased a maximum of 18.71% in new Mykolaiv region and the lowest at 2.78% in the Kiev region.

During 2011 a sq ft price increased significantly in some regions of Ukraine. So in the new buildings was an increase in the Poltava region in 35.16% and a minimal increase in the 3.34% observed in the Sumy region.

Victor Kovalenko said a feature of suburban buildings in the market of Ukraine in 2011, "cost per square meter below the $ 500 has grown throughout the Ukraine, as it was very low. Competition in the market is doing its job: to extend the weak strong. In those regions where the cost of 1 sq. m was overpriced, the market has led her to a balanced, competitive price. "

© Protected by the Law "On Copyright". Reference to the source is obligatory
www.zagorodna.com