Review of the new buildings of the Crimea-2010 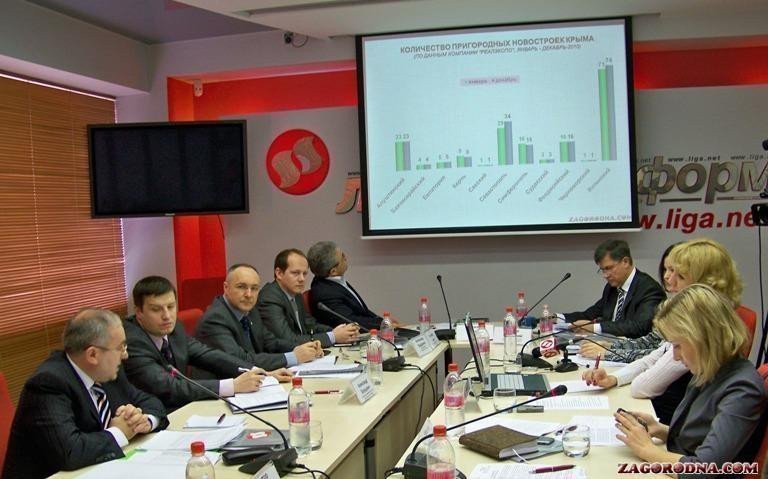 Related article: Property of Belarus: the cheapest apartments - in Vitebsk

According to the director of "RealEkspo Victor Kovalenko," on December 21 of the 184 newly Crimea 40.21% (74 objects) are located on the territory of Yalta City Council, including the Yalta Gurzuf Simeiz Koreiz, Livadia, Gaspra, Massandra etc .
Second place among the regions of Crimea on the number of new buildings at Sevastopol 34 new buildings
Third place - in Alushta city council - 23 new buildings, including Alushta, Partenit, Maly Mayak, cypress, and others. "

Number of new buildings to the districts and cities of Crimea
(According to the company RealEkspo, January-December 2010)

Of the 184 newly Crimea in 45 construction completed; in the 125-T building (67.93%) of building and selling, only 14 new buildings planned to start construction.

In Crimea, analysts' RealEkspo "noted the following trends:
number of built in 2007-2009 housing, but so far unrealized, of 24% (44 properties) of the total number of new buildings in the region;
predominant type of property, taking into account the specifics are apartment complexes, recreational and elite new buildings near the sea;
Despite the crisis, housing prices in many handed new buildings and those on a high stage of readiness, not very different from the pre-crisis;
developers and builders of the Crimean apartment in no hurry to cut the price, hoping for the return of wealthy investors from neighboring countries;
among developers and builders noticed a lot of companies with Russian roots who invested and invest in the construction of luxury housing in the Crimea.

By the number of "frozen" buildings Crimea Kyiv region is catching up: in 13 new buildings construction is suspended.

Price statistics for the new buildings of the Crimea (cu / m)
(According to the company RealEkspo, January-December 2010) 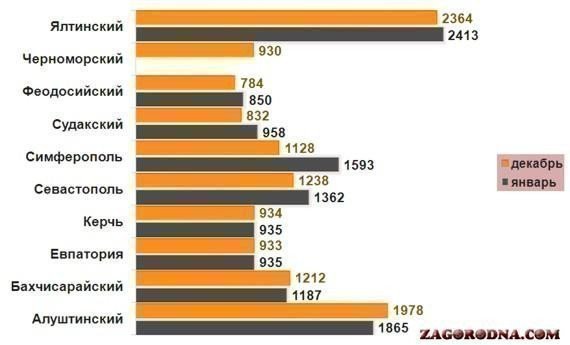 Minimum price in new Crimean notes at 413 dollars / sq ft in a newly built house on the lane. Tank in Feodosia and reaches a maximum of 10000 dollars / sq ft apartment in elite residential complex "Golden Beach" in Kurpatov Yalta City Council.
Average price of 1 square meter in new buildings of Crimea on 21.12.2010 start from 784 dollars in Feodosia City Council (Feodosia, Koktebel, Ordzhonikidze, etc.)
Yalta city council leader with an average cost of 1 sq. m in 2364 dollars.
Average cost of 1 sq. km. meters in new buildings of Crimea on 21.12.2010, amounts to 1701 dollar.
Victor Kovalenko
© Protected by Law "On Copyright ". When you copy a link to the source obligatory.
www.zagorodna.com

Subscribe to our newsletter
Back to top
Your comments:
Your opinion will be the first. Thank you for reading this article. I wish you happiness! Please share your opinion in the comment below.
The demand for residential real estate in Ukraine in 2018 increased by 13%

more
Real estate in Ukraine is becoming a record low

more
In 2017, in Kiev, a record number of apartments for the past 10 years

more
In January, the number of transactions and rental costs in Kiev decreased