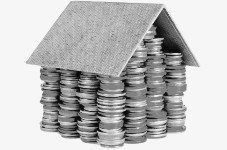 The Committee on Market Analysis of the Association of Realtors (Realtors) Ukraine (ASN (p) Y) held a regular market research Ukraine
Zhitomir is on the 13 seats in the comparative ranking of cities by the cost per square meter of housing in the secondary market as of July 1, 2008.

In the top five, where the cost per square meter than above average in Ukraine, were:

Related article: In Sevastopol, the cost of new housing in the city center and the periphery of sharing it

The most actively moved upwards in the ranking of Poltava (4 position, with growth of 15.2%).

It should be noted that within the next 2 quarters in 2008 significant changes in the positions of cities in the ranking of the cost of secondary housing in Ukraine was not observed.
https://100m2.com.ua/

Subscribe to our newsletter
Back to top
Your comments:
Your opinion will be the first. Thank you for reading this article. I wish you happiness! Please share your opinion in the comment below.
Analysis of prices in the secondary residential real estate market in Kiev in January

more
Secondary housing in Kiev in 2018 will be cheaper

more
The cost of apartments in the secondary housing in Kharkov decreased by 5.32%

more
Apartments in the secondary housing in Lviv decreased by 5.84%

more
For the year the cost of secondary housing in Dnepropetrovsk decreased by 6.08%