Overview of cottage communities of Ukraine: the situation is changing

Related article: The cost of a «square» in the cottage towns near Kiev has grown 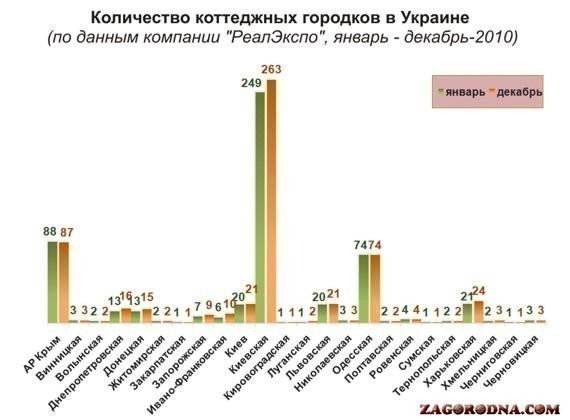 As told Victor Kovalenko, the number of cottage townships championship in the Kiev region - 263 of the town (during 2010 the market came out 14 new projects). Second largest number in the Crimean region (87 villages), third place in the Odessa region (74 campus). "

As for the cost of 1 square. m in the cottage of Ukraine, the minimum cost is $ 220 pre-planned town, "Laney Polissya" Rivne region, and a maximum of $ -10,000 in the exclusive town of "Black Sea" in the Crimea.

According to statistics portal www.zagorodna.com, the average cost of 1 square meter in the cottage of Ukraine as of 21/12 is 948 dollars compared with 1,121 dollars in January 2010. Drop since the beginning of the year was 15.44%. 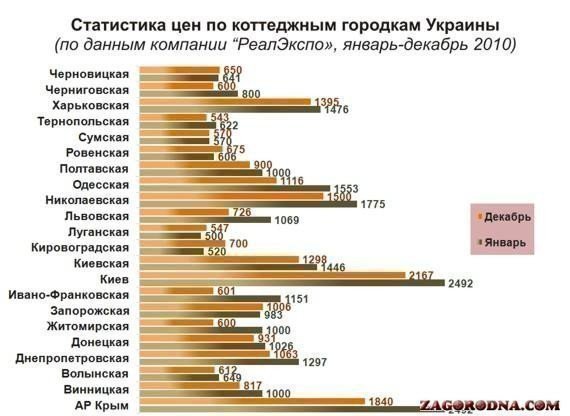 As of 12/21, 2010 in the base portal www.zagorodna.com Ukraine has 411 villas, 116 townhouses, 26 villas, 13 duplexes and 4 berths, representing a total of 570 townships.
Victor Kovalenko
© Protected by Law "On Copyright". Active link to the source obligatory.
www.zagorodna.com