As of August 1, 2009 in the suburban real estate portal based www.zagorodna.com there were 239 cottage villages in Kiev and the region is a different degree of readiness: ready, under construction and planned. 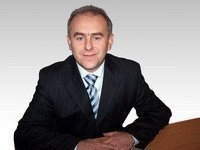 Related article: In the cottage settlements of Crimea cost depends on location

According to the director of consulting company "RealEkspo Victor Kovalenko, the average cost of 1 sq. km. m in the cottage of the Kiev region as of August 1, 1542 amounted to U.S. dollar.
Compared with October 2008 (1989 U.S. $ / sq ft), the price of the "square" has decreased by 32%.
Compared with March 2009, the decline has slowed and reached 9.5%.
From the beginning, there was a freeze in 60% of towns, the decline in sales.
The decrease in the most affected cottage villages in the initial stages of construction, while the towns with a high degree of readiness tend to keep the price level.
Lack of bank lending programs of both the developers and end-
consumers is one of the most critical factors limiting the development of
market.
Many developers in this situation are reviewing projects that are on
concept stage. Companies for which the cottage real estate development is not
core business, selling noncore assets.
To date, demand has passed into the category of "deferred". Single real
transactions occur in towns with a high degree of preparedness, a broad proposal
ready-made houses and correct concept.
Most potential buyers are guided by the acquisition of suburban
Property area 200-220 sq ft on a plot of 15 ares with
the total cost of ownership up to $ 200,000.
To attract buyers, developers are actively implementing programs
sales promotion: discounts, installments.
According to Director General DK "Europe" Sergey Eliseev "primary suburban real estate market entered a phase of price stabilization. In the short run in a segment of the country real estate economy-projected minor variations in value within ± 0,5% 3.
Revival of the market can be expected by October 2009. When finally stabilized
prices and will be achieved solid "bottom".
Victor Kovalenko
www.zagorodna.com
Content tags: Kiev region Real Estate Market Analyst cottage towns / villages in Ukraine
Did you like the material?