Trends:
• Reducing the cost of individual houses in Ukraine becomes more smooth. If in the beginning, the observed sharp jumps in prices, but now cheapening of housing has become a stable trend. Exception is Odessa, where the housing market was so overheated, that with the coming "season" suffered another attack of fever.
• In all regions, an increase in the number of dumping proposals. Even the new "elite" home places offer to 250-300 dollars per square meter. Increasingly, the value of homes affected by the urgency of the sale, but not the parameters of the goods.
• Leveraged housing still has no effect on prices, as banks have been slow to cut prices even before the market levels.


The cost of land by region

Since the beginning of the year at home in the Kiev region fell 26%.
The largest percentage decline in home values recorded in Borodyansky and Kyiv Svyatoshinskiy areas - 28%. Interestingly, the previously cheaper suburban real estate district of Kyiv region has been uneven. First, prices collapsed in the more affluent areas, then the cheaper homes in the less popular (in the background of a temporary slowdown in price declines in the elite areas). By the end of April, the dynamics of the fall of the cost of suburban housing in areas of the Kiev area is within 20-30%, and in particular: Vyshgorod district - 27%, Brovasky - 26%, and Vasilkovskoye Borispol - 25%, Makarov - 23%, Obukhov -- 22%. 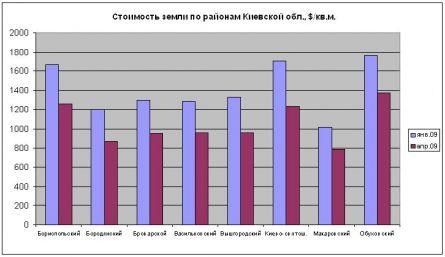 The structure of the proposed  for sale  houses in the Kiev region since the beginning of the year has changed slightly. 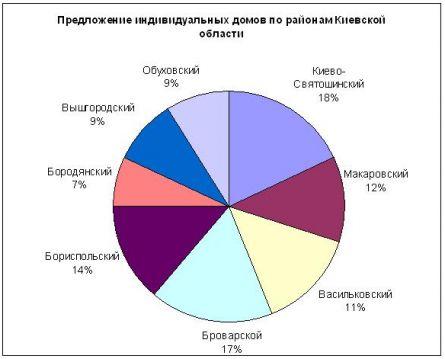 In the suburb of Dnipropetrovsk decline in home prices since the beginning of the year was 15%. This reduction in price of homes is uneven - in February, due to release to the market many expensive proposals, prices soared and exceeded 1000 euro / sqm, but in March, prices continued to decline. Compared with the previous month, at home in the suburb of Dnipropetrovsk fell 4%, while the minimum price in April amounted to 230 USD / sq.m. For such value to sell a new brick house in the village Kirovske, an area of 300 square meters, with no interior finishing, with a plot of 27 hectare. 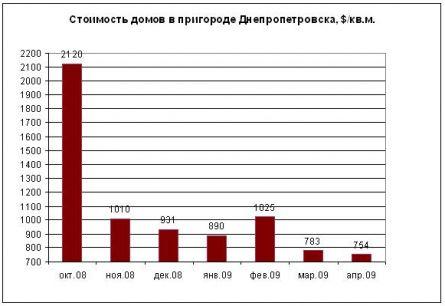 Odessa - the only city where currently seven-digit prices for suburban property - not a rarity. Even at home a small area (40-80 sqm) are often trying to sell at 1500-2500 USD per square meter. The number of proposals three times higher than in the beginning of the year. The average bid price of suburban housing in the suburbs of Odessa in April amounted to 1,278 dollars per square meter, which is 9% higher than the beginning of the year (by increasing the number of elite households).

A similar situation is observed in the suburb of Kharkov, where the cost of individual houses in April amounted to 1,178 dollars per square meter (6% more than in the beginning of the year). The number of proposals compared with January, slightly decreased.

In Lvov, suburban real estate continues to slowly but surely become cheaper. The number of for-sale houses in April dropped compared to March by one third. Price homeownership, recorded in April, there was $ 245 per square meter, maximum - 1430 USD / sq.m. In general, the most significant activity in the market of individual housing in western Ukraine is observed in the Khmelnitsky region, and Transcarpathia. 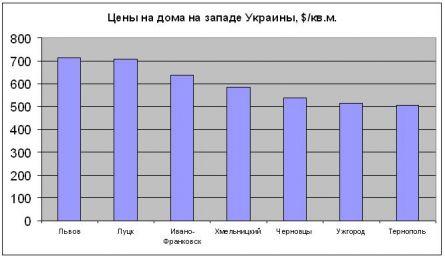 In Crimea, the real estate market relatively streamlined and systematized (compared with the end of last year, when prices on the east coast of the peninsula near, and in some cases exceeded the South Coast). In April, the number of proposals compared to March increased in various cities in 3.9 times. The release of the very large number of homes on the market observed in Yalta and Sevastopol. Reducing the number of proposals took place in Sudak and Simferopol. Prices continue to actively decline. 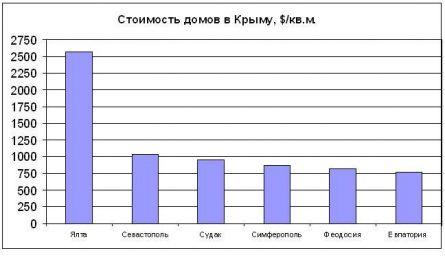 April-May - a traditional revival in the property market. This year, the hype did not take place, so the price jumps too. Revive consumer interest can only reduce the cost of suburban housing to the level at which the purchase will be possible without a mortgage. Given that the preconditions for the rise in prices is still there, but with the onset of summer and the inevitable seasonal decline, the house will continue to become cheaper.

Subscribe to our newsletter
Back to top
Your comments:
Your opinion will be the first. Thank you for reading this article. I wish you happiness! Please share your opinion in the comment below.
How expensive the suburban real estate near Kiev